Deprecated: The $control_id argument is deprecated since version 3.5.0! in /home/d7Z5vlYR5i58zciA/Editorials24/public_html/wp-content/plugins/elementor/modules/dev-tools/deprecation.php on line 304
 Why did Mulatto Change Her Name? What is the rapper's new name in 2022!
Facebook Twitter Instagram 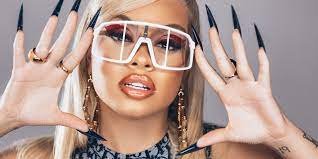 Mulatto, an American rapper, disclosed her new stage name to her admirers recently. Learn about Mulatto’s ancestry and why she changed her name. The rapper’s Spotify, Apple Music, Instagram, and Twitter accounts all bear her new name as a result of her name change.

Mulatto has dropped the ‘Mulatto’ part of her name and is now just known as ‘Latto.’ With a teaser for her upcoming track, the singer unveiled her new name.

MULATTO’S NAME WAS CHANGED FOR WHAT REASON?

Mulatto, or Latto as she will now be known, announced her new moniker in January 2021. In January, the rapper revealed her ambitions to alter her name in an interview with Hot Freestyle.

She discussed the issue with her then-stage name in an interview with the media site. A person of mixed white and black heritage is referred to as a’mulatto.’ The artist claimed she didn’t want her name to upset anyone.

Latto unveiled her new name and the image for her new Friday single The Biggest on her Instagram account on Tuesday, May 18.

The He Say She Say rapper faced flak in December 2020 because of her racially charged stage moniker. Aside from Latto, a number of other musicians have also been criticized.

DaniLeigh, for example, recently received backlash from fans after she teased her new song Yellow Bone. Light-skinned women were lauded in the song, according to fans. Later, the rapper apologized on Instagram, claiming that she was only referring to the interests of her lover DaBaby.

SLUR IS MULATTO? CAN YOU EXPLAIN WHAT THIS MEANS?

The term ‘Mulatto’ originates in Mexico and Portugal. It comes from the Spanish word “Mula,” which means “mule,” a cross between a horse and a donkey.

The phrase was once used as a derogatory epithet for children who were multiracial. 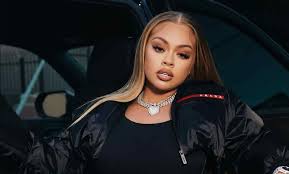 Alyssa Michelle Stephens was her given name when she was born.

Rapper and lyricist by profession

EXPLAINING THE PARENTS OF RAPPER MULATTO AND HIS ETHNICITY

Alyssa Michelle Stephens, the rapper’s real name, is a native of Ohio. Misti Pitts and Shayne Stephens gave her birth in 1998. Her mother is Caucasian, and her father is African-American.

Latto was bullied at school as a result of being a multiracial kid. When she began her music career, she adopted the moniker Miss Mulatto as a result of her encounter with bigotry. 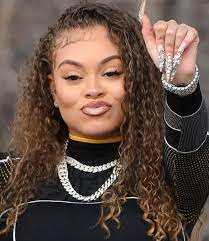 Mulatto started performing at various fairs and festivals throughout the city. She was cast in Lifetime’s “The Rap Game” reality show in 2016. Her career was catapulted by that show. Mulatto was declared the winner of the show at the conclusion. The series’ producer, Jamaican Dupri, and his So So Def Records label offered her a recording contract as a prize for winning.

Mulatto, on the other hand, declined the contract, arguing that the compensation offered was insufficient. In early 2016, she chose to go solo and released her first single, No More Talking. At the Georgia Music Awards that same year, she won the Youth Hip Hop/R&B Award. Mulatto followed up with Miss Mulatto, her first mixtape, and Latto Let Em Know, her second mixtape, the following year.

In 2016, the rapper released Bitch from da Soul, a smash tune that charted at number 95 on the Billboard Hot 100. The track was certified Gold by the Recording Industry Association of America (RIAA) shortly afterward. Mulatto received her first recording contract with RCA Records in March 2020, and on August 21, 2020, she released her debut studio album, “Queen of Da Souf.” The album was a smash hit, debuting at number 44 on the Billboard Top 200 chart.

Five new songs were included on the album, as well as the hit Sex Lies ft. Lil Baby. She also worked with Gucci Mane on the song Muwop, for which she garnered a lot of praise. Her moniker was changed from Mulatto to Latto in early 2021. MTV awarded her the Global Push Artist of the Month award the following month. Mulatto has been nominated for multiple awards, including Best New Hip Hop Artist at the 2020 BET Hip Hop Awards.

Miss Mulatto’s net worth is estimated to be in the millions of dollars.

Miss Mulatto’s net worth is expected to be about $1 million in the United States by the year 2022. She is a rising female rapper who rose to prominence following the release of popular singles. Her principal source of income is the music industry, which includes album sales, song sales, and online platforms like Spotify, which pay well. She also has a YouTube account with over a million subscribers, where the rapper can be found.

Mulatto earns a lot of money not only as a rapper but also as a brand endorser. Ambitious Girl, Shane Justin, Jewelry Unlimited, Inc., Chalice Chanel, Wkwn, PrettyLittleThing, Chanel, Geche, Calvin Klein, and many other well-known businesses have struck endorsement deals with her. Mulatto opened Pitstop Clothing in Atlanta, Georgia, in 2017. Miss Mulato earns roughly $400,000 each year.