Editorials 24
HomeUncategorizedWhat is DIRECTV STREAM and How It Works in 2022!
Uncategorized

What is DIRECTV STREAM and How It Works in 2022! 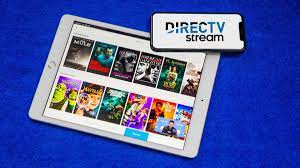 Last year, AT&T took its first foray into the streaming world, and it seemed to be doing just well. “What exactly is DIRECTV STREAM?” some people still wonder.

DIRECTV STREAM delivers TV programming to your TV or another suitable device via an Internet connection. It means that it sends videos across the Internet Protocol.

IP technology (Internet Protocol technology) allows your TV, computer, home phone, and wireless devices to communicate with one another, allowing you more control over those devices and how services are delivered, as well as more personalization (meaning tailoring those services towards your exact needs and how you like them)

Is the Streaming Box Required?

Yes, there is a streaming device at work here. As previously stated, video signals are delivered via the Internet to the AT&T TV device, giving access to services from anywhere, at any time, and on any compatible device.

The DIRECTV STREAM gadget is a game-changing, proprietary “Over-the-Top” (OTT) device that uses the Internet to stream video and integrated content to your TV.

On your television, you may watch internet movies, listen to music, access thousands of third-party apps, and play games. It comes with a few Google apps preinstalled, but the Google Play Store has many more.

The gadget is primarily used as a television programming box. The DIRECTV STREAM gadget provides Ultra HD (4K) video, which is one of its numerous benefits.

It can be used with your smart home system to control individual items in your house, such as thermostats and lights, in addition to TV functionality.

Most importantly, the box is really easy to set up. Unlike traditional TV boxes, which may require the assistance of a professional, the DIRECTV STREAM streaming box is self-installable. It’s as simple as plugging it in!

What is the maximum number of people that can be present at the same time?

Most streaming services allow users to share accounts, which is a popular feature. And AT&T didn’t miss out on the chance to catch up to the market’s top streamers. A single AT&T account can stream to up to three (three) devices at the same time.

Read more: What Is Tubi Tv? Everything to know about the free streamer in 2022!

What is the minimum speed needed for my internet connection?

In theory, there is no minimum internet speed beyond which DIRECTV STREAM will not work. However, for the best viewing experience, at least 8Mbps per stream is required. You’ll get lagging, stuttering, and loading issues if you go lower.

You’ll need at least 25Mbps if you’re streaming with three devices on a single network. Remember that you can only have three AT&T streams running at the same time.

These figures now apply to non-4K streaming. Although there is no set minimum speed for 4K, you can fairly conclude that these figures will be insufficient. It is recommended that you use higher speeds than this.

What Does DIRECTV STREAM Have To Offer?

Up to 65,000 on-demand titles are available through the DIRECTV STREAM streaming service. It can record 20 hours onto a Cloud-based DVR with each package.

For a charge, unlimited Cloud DVR storage is offered. The recordings, on the other hand, will be erased after 90 days.

There’s also something for fans of classic television. They have the option of subscribing to premium networks like HBO, Cinemax, and Showtime.

How much does it cost?

Before we get started, keep in mind that all of the statistics below include taxes. All of these costs are for the first year of membership. The costs will rise in the second year.

The cheapest DIRECTV STREAM subscription is called Entertainment, and it costs $69.99 per month. The Choice subscription, which costs $84.99 a month, is another option. Then there are the Ultimate and Premier plans, which cost $94.99 and $139.99 a month, respectively.

NBCSN, ESPN, and Fox Sports 1 are included in all packages. One of the higher levels is required for regional sports networks.

You may also bundle DIRECTV STREAM with Internet access to get a discount on your combined payment.

When you add AT&T Internet service to your package, you can save up to $20 per month while getting unlimited data (a $30 monthly value). Furthermore, when you acquire a TV+Internet bundle from AT&T, you are frequently eligible for AT&T Visa Reward Cards.

You may use the native DIRECTV STREAM remote to open apps and search for TV shows using voice commands.

The Google Assistant will be used by your remote to accomplish this. It’s as simple as pressing and releasing the MIC button on the remote. A blue light will then emerge on the remote. All you have to do now is speak into the remote microphone at your request.

You may access your favorite shows, movies, and games, as well as live TV, using the voice control feature. There are over 500,000 movies, games, and shows to choose from.

As previously stated, DIRECTV STREAM may be used to access and control your smart home devices.

However, you’ll need to download Google Home to your smartphone or tablet in order to do so. Look for the Google Home app in the dedicated store.

Now go to Settings in the Google Home app, and sign in if necessary. To add smart home products and favorite music providers, follow the onscreen directions.

All you have to do now is press the MIC button and vocalize your request once you’ve added and set everything up.

Internet-based TV uses a different, enhanced technology than “conventional” cable or satellite TV, allowing for more flexibility and innovation inside the network.

In contrast to a standard one-way cable or satellite broadcast network, IPTV allows for two-way interaction. Viewers now have more ways to participate, customize, and manage their viewing experience thanks to the two-way IPTV network. IP technology also gives you more control over your home network.

With IP, all of your DIRECTV STREAM receivers in your home are connected to the same high-speed home network, regardless of which room they are in. Furthermore, with current DIRECTV STREAM technology, you may watch shows stored from your Cloud DVR on any compatible device inside or outside the house.

Watching DIRECTV STREAM is not the same as watching regular videos on the internet. Programming is more extensive with DIRECTV STREAM, which includes premium channels and packages.

Because IP allows your TV to interface with other services, it may deliver high-speed Internet-based content and features directly to your TV screen. For instance, AT&T Online Photos from Flickr allows you to view personal photos you’ve contributed to flickr.com directly on your television.

On the Google Play Store, the DIRECTV STREAM service allows you to watch live TV, breaking news, and 40,000+ on-demand films, as well as access 7000+ apps such as HBO MaxTM, Netflix, and Amazon Prime.

It also comes with a voice remote that works with the Google Assistant, allowing you to control your smart home devices, access your entertainment, and ask Google questions all with your voice.

Finally, you get 20 hours of Cloud DVR and unlimited simultaneous recording to watch whenever and anywhere you choose.