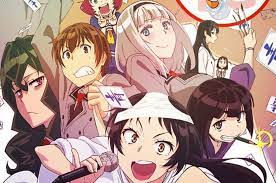 There are several anime shows available, but the anime genre is far more diversified than casual fans may believe. In the world of Japanese animation, there are lots of action and fantasy programs, but there are also more humorous shows that deal with other themes important to Japan and its artists.

“Shimoneta: A Boring World Where the Concept of Dirty Jokes Doesn’t Exist,” or simply “Shimoneta,” is set in a dystopian future in which the Japanese government has clamped down on immoral language and behavior.

Every inhabitant of Japan is required to wear a tracker that records their speech and movements. The tale portrays a young child who is eventually compelled to join a terrorist organization dedicated to protesting the Japanese government’s limits. Following the first season of the series, many fans are wondering when the second season of “Shimoneta” will be released in Japan and the United States.

When will Shimoneta Season 2 be released?

The second season of Shimoneta has yet to be announced, and it’s possible that it will never air. Since the first season aired in 2015, the show’s creative crew hasn’t worked together on a project. Given that “Shimoneta” hasn’t been formally canceled, it’s likely that it will resurface at some point.

Unlike many American television shows, Japanese anime does not follow a strict schedule. Creative teams could also take a break from “Shimoneta” and concentrate on other projects. While the series’ future is undetermined, fans are eager to learn more about the fictional world and characters it depicts. Although “Shimoneta” may return, it is unclear whether additional releases will be made or if the dubbed version will be available in the United States.

What is Shimoneta Season 2’s plot?

There is no official information on the plot of the second season because the show has not been renewed. The first season lasted 12 episodes and covered the first and second volumes of the light novel from which the series was produced. The series had a total of 12 novels, so if it were to return for another season, there would be enough material to cover. 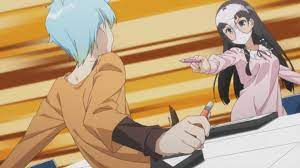 The show’s first season concludes with the discovery of an old home full of gory, obscene treasures. All of the show’s main characters swear that these artifacts will one day be returned to the world, providing plenty of fodder for future stories for writers who take on the job.

There’s a lot of stuff out there, but it’s uncertain whether there’s enough enthusiasm to make more episodes of the show. Fans will have to make do with the 12 episodes available until that choice is made.

Who is in Shimoneta Season 2’s cast? 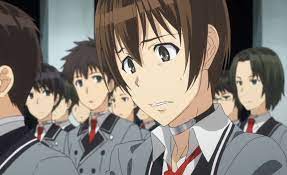 Shimoneta’s first season had three main characters. These three characters will reprise their roles as protagonists in Season 2. Tanukichi Okuma is the protagonist of the show. Yusuke Kobayashi provides Tanukichi’s voice.

His father was a terrorist, and he was raised by him. He was detained by the Japanese authorities for violating moral guidelines. Tanukichi, on the other hand, received a low morale grade. As a result, he is unable to choose between Anna and Ayame.

Anna Nishikinomiy is the president of the student council. Miyu Matsuki provides the voice for this character. Tanuschiki has a thing for her. She has a moral obligation to safeguard the people’s moral rights.

Tanuschiki’s mission is to apprehend Blue Snow and prevent her from committing immoral activities. Tanukichi grows on her, and she develops a growing fondness for him. She has superhuman strength and speed, as well as the ability to persevere in the face of adversity.

Ayame Kajou exhibits symptoms of having two unique personas throughout the episode. Ayame’s voice is provided by Shizuka Ishigami in the anime. Her official job at school is vice president of the student council, which she has held since freshman year.

Blue Snow is the moniker given to her by a legendary felon in the criminal underworld. Blue Snow is the leader of SOX. She’s gotten her hands on a code that allows her to turn off the ‘Peacemaker’ for a short period of time. Gradually, she involves her students in morally problematic behavior.

Is There Enough Shimonita Source Material for Season 2?

So far, the author has released eleven volumes in the LN series. In 2016, he completed the Prakash novel series. By the eighth volume of the anime’s first season, the plot has already been adapted.

The first season of Shimoneta follows Tanikichi Okuma, a high school student. The school is called Public Moral School in Lead County, and it is there that it meets its buddy Anna Nishikinomiya, the Student Council president.

Read more:‘Given’ Season 2: Release Date, Plot Details & Everything You Need to Know in 2022!

He is both her friend and her crush, and he is attempting to reconcile with her. However, he quickly becomes involved with a terrorist known as Blue Suno.