Editorials 24
HomeCelebrityNASCAR Driver Kyle Larson is 'open' to racing the Indianapolis 500. "The...
CelebrityEntertainment

NASCAR Driver Kyle Larson is ‘open’ to racing the Indianapolis 500. “The Right Time” 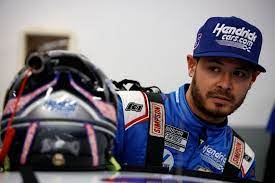 When Kyle Larson won at Nashville Superspeedway last year, he carried home something he still wants to place on his wall.

“It’s simply sitting at my shop,” the 29-year-old said of the custom-made Gibson he won after the 2021 Ally 400 NASCAR Cup Series event. “It sits with other trophies we won last year. It’s cool. Just need to hang it.”

The father of two will return to Nashville Superspeedway on June 26 to try to repeat at the track where he led 264 of 300 laps last year. “It’s a fun, ‘make it into a vacation’ kind of environment, where you can go out on Broadway and listen to fantastic music,” adds Larson, who will be without his children this weekend. “We have friends in the area, so we prefer to see them.”

“There are a few races a year when we get excited to see which celebrities will be there,” adds Larson, who’s been listening to Morgan Wallen. “Nashville’s crowd is usually cool. I hope to meet some of them.”

After work, Larson will focus on family. His 7-year-old son Owen looks to be following in his father’s footsteps.

Larson said his son Owen is a fiery, high-energy redhead on and off the track. He also plays baseball. 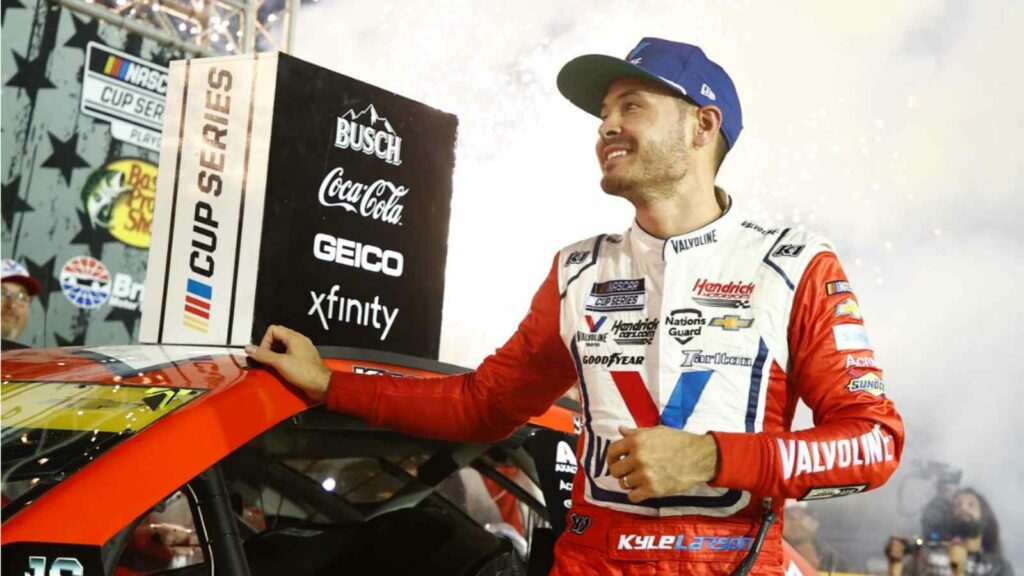 Larson said his 4-year-old daughter Audrey may be racing-bound.

He believes she’s the more competitive of the two. “She wants to run. She’s young. I don’t make my kids do anything, but she wants to [race]. She’ll be the racing car driver if I had to choose between them.”

Larson’s family has been a bright point through his accomplishments and setbacks, including his 2020 NASCAR suspension for a racial slur.

Larson believes he’s learned from the experience and is ready to go on, maybe to the Indianapolis 500.

“I’d be open to considering it in the future,” says Larson, who has also teased participating at Le Mans next year.

“I simply want to wait. It’s likely logistically difficult. I mean, there’s a lot of flying between Charlotte and Indy, so I’d have to sacrifice stuff in NASCAR and outside of it.”

Larson is still deciding the “perfect time” to do so.

He laughs and says, “I want to do it in four to five years.” “When I’m too old and past my prime, I don’t want to do it. But I’d love to do it eventually.”

Share
Facebook
Twitter
VK
ReddIt
Previous articleAngelina Pivarnick Says Her Troubles with Ex Chris Larangeira Are “big” on Jersey and All Star Shore!
Next articleMariska Hargitay shares a rare photo of Peter Hermann with their 3 kids on Father’s Day.