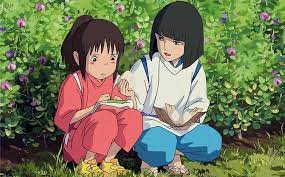 What Films Are Similar to Spirited Away?

Spirited Away, written and directed by Hayao Miyazaki, is widely regarded as one of the best-animated films of all time. It’s a coming-of-age fantasy film about Chihiro Ogino, a melancholy 10-year-old girl who enters the spirit world of Japanese Shinto-Buddhist folklore while moving to a new neighborhood. Chihiro accepts a job working at Yubaba’s bathhouse when the witch Yubaba turns her parents into pigs. She hopes to find a method to free herself and her parents.

This film is a brilliant and beautifully designed fairy tale that flows smoothly from scene to scene and emotion to emotion, leaving you intrigued. If you enjoyed this film and want to see more with similar topics, I’ve got you covered. Here’s a selection of films that are comparable to Spirited Away and are sure to transport you to another world.

1 The Adventures of Howl’s Moving Castle

Howl’s Moving Castle is loosely based on an English classic and depicts the narrative of Sophie, who is cursed and turned into an elderly woman by a witch. Sophie leaves home to break the curse and enters a weird shifting castle, where she meets the wizard Howl and Calcifer, a fire demon who is trying to break his contract with Howl. 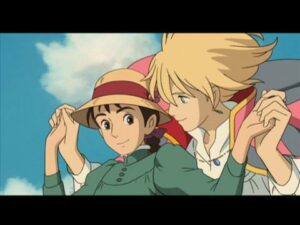 Sophie, like Chihiro, is dissatisfied with her mundane existence and is thrown into a magical world. However, whereas Sophie finds love and happiness after meeting Howl, Chihiro longs to return home after entering the magical world.

Hayao Miyazaki wrote and directed Kiki’s Delivery Service, which is based on Eiko Kadono’s 1985 novel of the same name. Kiki, a 13-year-old witch-in-training, stars in this coming-of-age fantasy picture. To become a full-fledged witch, she must spend a year living alone in a faraway town. She rides her broom to town with a talking black cat named Gigi and works as a delivery girl at a bakery. She discovers the difficulties and increasing pains of living alone. 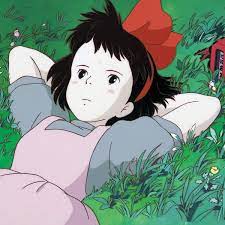 This traditional but beautifully depicted story is full of self-discovery and bravery. The film is an allegorical and social commentary about the conflict between independence and reliance on teenage Japanese girls, which lies behind its simple plot. If you’re looking for something upbeat, Kiki’s Delivery Service is worth a shot. This is one of those films that will make you grin every time you watch it.

Read more: My Isekai Life Season 1 Release Date, When Is It Coming Out in 2022!

Natsume’s Book of Friends tells the story of Natsume, a lonely 15-year-old with the capacity to perceive yokai. After his grandmother dies, he inherits her Yuujinchou, or Book of Friends, which contains the names of the yokai that she commanded. Since Natsume is the new owner of the book, the yokai begin seeking him in order to gain her freedom. Natsume assists the yokai in achieving their freedom while also receiving the friendship and companionship he so desperately desired. 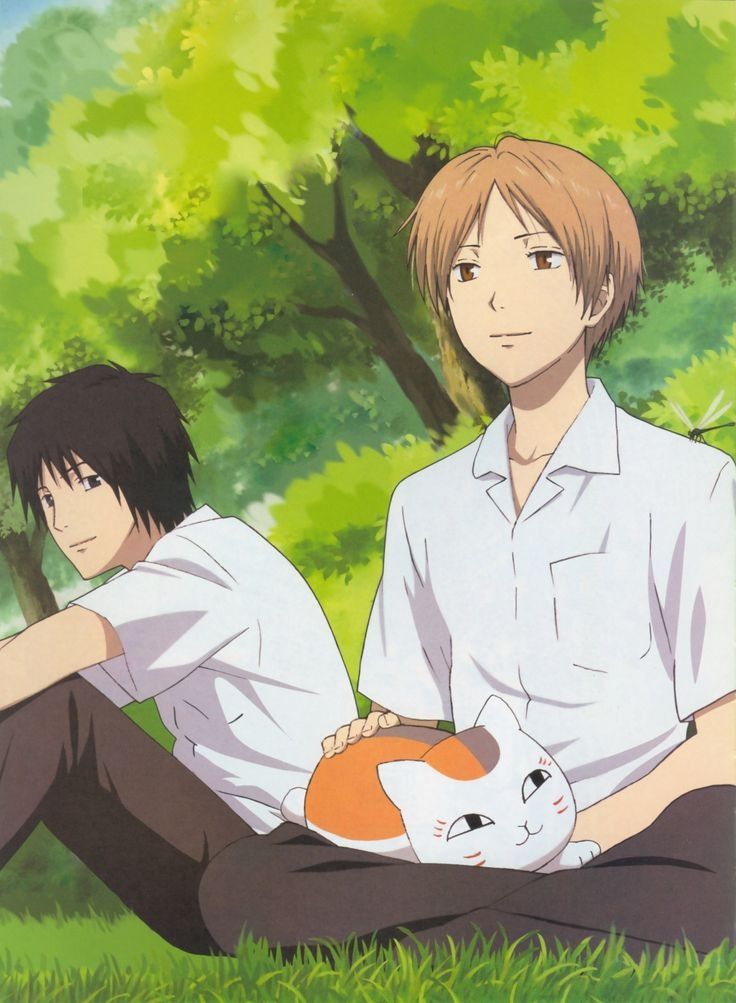 The supernatural themes in both Spirited Away and Natsume’s Book of Friends are comparable. Both films have major protagonists who become engaged with magical animals and build a profound affinity with them that affects their overall outlook on life.

4 Into The Light Of The Fireflies’ Forest

Into The Forest of Fireflies’ Light is a romantic story about a human girl named Hotaru and a forest spirit named Gin, written by Yuki Midorikawa. Gin and Hotaru meet every summer in the forest after a fatal incident when Hotaru was a little girl, and progressively develop love feelings for each other. Hotaru, on the other hand, must never touch Gin because doing so will make Gin vanish forever. 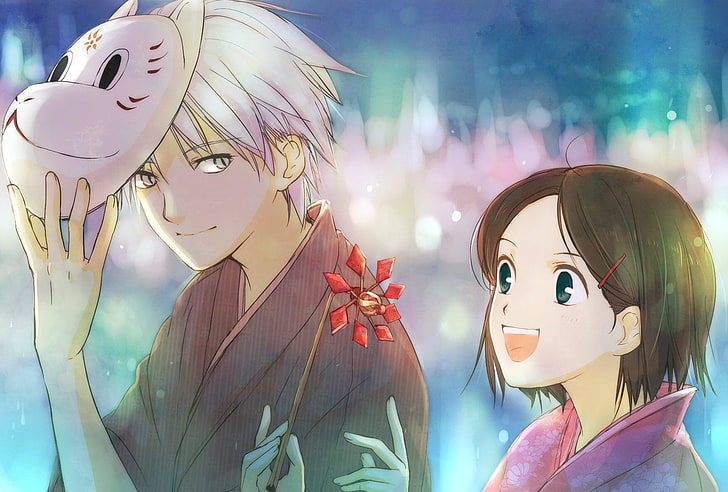 Into The Forest of Fireflies’ Light is a short anime film that follows the journey of a little girl in a mystical world, similar to Spirited Away. Her friendship with Gin assists her in maturing into a mature woman who also learns to appreciate her daily existence.

5 Children in search of lost voices 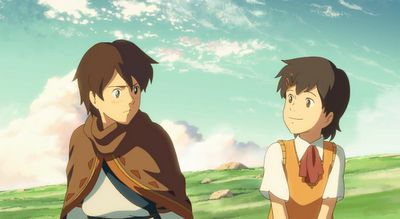 Children Who Chase Lost Voices is a film directed by Makato Shinkai about Asuna Watase, a little elementary school girl who has been lonely since her father died. Asuna hears strange music on the radio her father has left her one day. Asuna then meets Shun, a mystery lad who saves her from a jungle beast and quickly becomes her buddy. However, his untimely death devastates her, and she embarks on a journey to the underworld, where she meets new friends and adversaries, and encounters a variety of mystical forces.

Spirited Away features all of the elements that Children Who Chase Lost Voices has. Both films include a female protagonist, as well as lavish cinematography and mystical aspects.

WALL.E is an American computer-animated science fiction film directed and co-written by Andrew Stanton and produced by Pixar Animation Studios. This feature is an eclectic and bold mix of themes, but it all works together beautifully. 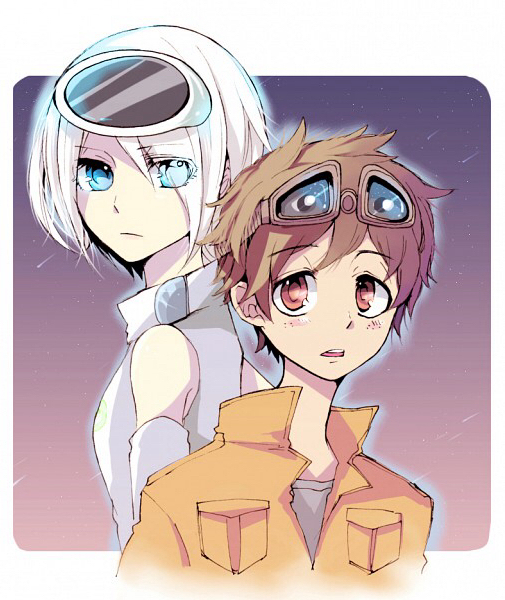 The film is set in a distant but not implausible future in which mankind has abandoned the world because it has been overrun by waste. WALL. E, alone garbage compactor, has been tasked with cleaning up the mess. One day, he is visited by EVE, a sleek probe sent to the planet to see if life is possible once more. WALL. E falls in love with EVE and chases her throughout the galaxy, launching one of the most thrilling and inventive comic adventures ever seen in cinema. If you loved Spirited Away, you’ll love the unexpected romance between two robots in this film.