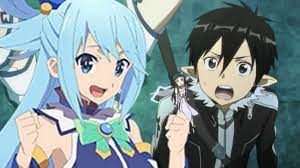 The Japanese anime series KonoSuba, also known as ‘Kono Subarashii Sekai ni Shukufuku o!’ is based on a popular light novel of the same name that was released in 2013. It was written by Natsume Akatsuki and illustrated by Kurone Mishima.

Kazuma Sat, a shut-in NEET who died of a heart attack in the actual world but was isekai’d and met a goddess named Aqua who promised to reincarnate him, is the protagonist of the novel. Kazuma and Aqua create a party in the isekai/fantasy universe with MMORPG settings, which is eventually joined by Megumin and Darkness. They set off on an adventure together to defeat the Demon King.

When will KonoSuba Season 3 be Released?

Season 3 of “KonoSuba” has yet to get formal confirmation. However, this does not rule out the possibility of a sequel to the anime series. A Reddit AMA from Kadokawa business producer Junichiro Tamura, which took place in 2019, has piqued fans’ interest in a new season of the anime series.

Tamura’s involvement was initially for the purpose of promoting and discussing “The Rising of the Shield Hero,” but with Kadokawa creating the first “KonoSuba” light novels, doubts about a Season 3 for the series arose. “KonoSuba Season 3 has a decent chance if the movie does well,” Tamura stated.

Kadokawa has made no public statement about the performance of “God’s Blessing on This Wonderful World! KonoSuba Crimson’s Legend” However, Crunchyroll reported that the film grossed 200 million yen in its first weekend in Japan. According to Anime News Network, the film’s U.S. debut made $1,134,786 in addition to placing eighth in Japan during its opening weekend.

According to Box Office Mojo, the film has grossed $5,078,942 globally as of today. We could be years away from Season 3 if those stats are good enough to warrant it. With no word on a Season 3 two years after the film, it’s reasonable to assume it in 2022 or 2023, if and when it is announced.

Characters and Cast of KonoSuba Season 3 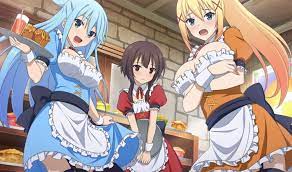 The characters from the previous season are likely to return in KonoSuba Season 3. In the film, the same characters appeared.

As a result, the third season’s key characters will be:

Jun Fukushima provides the voice of Kazuma Sato, the series’ main character. The renowned character Aqua is voiced by Sora Amamiya. Other actresses in the voice cast include Rie Takahashi, Ai Kayano, and Aki Toyosaki.

KonoSuba has an English dubbed version as well. Kazuma’s voice is provided by Arnie Pantoja. Faye Mata’s voice can be heard in Aqua. The dub cast also includes Erica Mendez and Christina Vee.

Volumes 1 through 4 were covered in the anime series, while volume 5 was covered in the film. If the anime adaptation has faithfully followed the story of the light novel, the third season might begin with vol. 6. If you haven’t read the novel and don’t want to wait for season 3, I recommend starting with volume 6.

There are currently 17 volumes of the light novel released in Japan. KonoSuba’s light novel is finished as of 2021. The story has come to a close. Because the previous two seasons each covered two volumes, we assume that KonoSuba Season 3 will cover volumes 6 and 7, and that it will take another five seasons or fewer to complete the plot if there is a movie in between each season. But we’ll leave that to the KonoSuba franchise to determine.

So, what are your thoughts? Are you anticipating the release of one of your favorite anime series sooner than you think? Netflix has the previous seasons available to watch. If you haven’t already, go watch it right now! 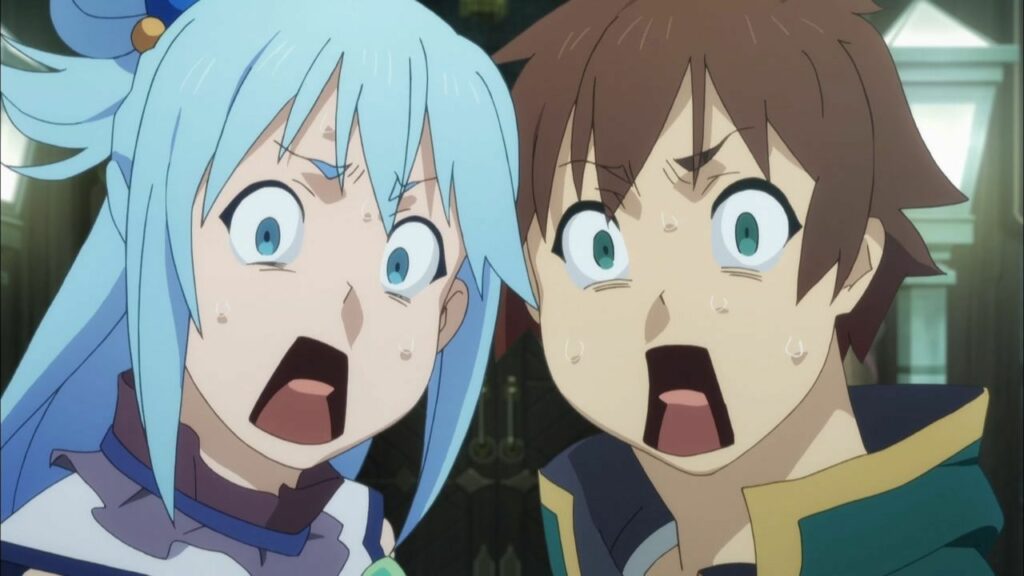 There is currently no trailer for the third season available. However, if you want to revisit the story and refresh your memory, here is a link to the trailer for the 2019 film:

The series has become so famous that video games based on it have been created. In the year 2020, a mobile game for both Android and iOS was developed.

As a result, the series has a great following. However, it was not without criticism. Some have complained that the character animation is erratic.

As a result, the creators may be working on these aspects, which could explain why the third season has yet to be released.

Where can I find KonoSuba Season 3 on Netflix?

Netflix, Crunchyroll, Hulu, VRV, and AnimeLab have prior seasons available. The film is available on HBO Max. As a result, the third season should be available on these platforms as well.