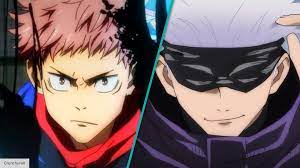 Season 2 of Jujutsu Kaisen is on the way, but Yuji and the group won’t be back until next year. We’re heading back to where it all began with the show’s second season, and we’ve got the dirt on the next installment to keep you over until the confirmed release date in 2023, thanks to the popularity of the Jujutsu Kaisen 0 movie, which pushed us into prequel territory.

We’ve also looked at the source material to see what’s next. And that’s just the beginning – keep reading to learn more about Jujutsu Kaisen season 2!

If we had to guess, the most likely release date would be Fall 2023. MAPPA Animation collaborated on Jujutsu Kaisen 0, Attack on Titan, and the upcoming Chainsaw Man in addition to the first season’s premiere. That’s a tough schedule for any studio to meet, but they’ll have plenty of time from October 2023 onwards to release a second season that meets their absurdly high standards.

What chapters could be adapted for Jujutsu Kaisen season 2?

The Death Painting Arc, which ran from chapters 55 to 64 in the manga, brought the first season of Jujutsu Kaisen to a close. If the anime follows the manga’s publication order, Gojo’s Past Arc, which spans chapters 65 to 79 in the manga, will be the next to be adapted. This is about Gojo’s past, specifically a mission in which Gojo and Geto were tasked with escorting a Star Plasma Vessel to Tengen. 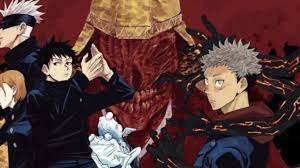 If that’s the case, the second season might be a jumble of flashbacks to Gojo’s background, as well as a buildup to the Shibuya Incident, the series’ next big storyline (chapters 79-136). Don’t worry, we’re not going into the spoiler zone here, but the Shibuya Incident Arc centers around Gojo and his new cursed alliance hatching a scheme to imprison Goto.

This looks to be the most likely possibility, given it has more than enough content for the second season of 25 episodes. It’s also possible that the conclusion of the first season confirms this.

Yuji and Nobara team up with Megumi again after defeating the Cursed Wombs Eso and Kechizu. Sukuna, on the other hand, consumes Yuji’s finger and moves him closer to regaining his power, thanks to a mouth in Yuji’s hand (because of anime).

Expect the third Cursed Womb triplet, Choso, to join forces with series antagonists Geto and Mahito in the upcoming season. There’s also the issue of a mole at Jujutsu High, with teacher Utahime on the lookout for the shady magician. This will also play a significant role in the coming season.

Yuji, Megumi, and Nobara (together with Maki and Panda) are recommended for promotion to Grade 1 Sorcerers in the penultimate episode of Season 2, and Gojo invites them to join a new mission…

Is it required to watch Jujutsu Kaisen 0 before beginning season 2?

The film Jujutsu Kaisen 0 is a precursor to the main series, thus it’s not essential.

The video centers on swordsman Yuta Okkotsu, who will play a larger role in the Jujutsu Kaisen anime series as the series proceeds (minor spoilers ahead). He’s also one of the most well-known manga characters, so you should go see him for yourself.

A post-credits sequence lays the stage for the anime’s future events. It revolves around Yuta returning to Japan and joining the main series, though it’s uncertain if he’ll appear in season 2 of Jujutsu Kaisen.

It’s also worth finding out from a completionist angle because it fills in the setting and the universe’s curse-heavy foundation, all while telling a compelling story in its own right. You can possibly skip it if you’re in a hurry, but we strongly advise against it.

I. Cast and Characters 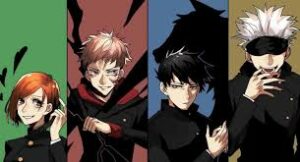 Voice of a Character

There is currently no trailer available for Jujutsu Kaisen season 2, but we will update this site whenever one becomes available.