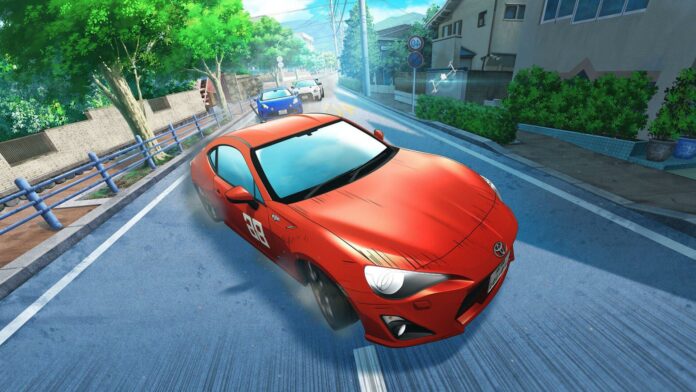 Nothing compares to “Initial D” in the anime world. The adrenaline-pumping series about Japanese drag racers and the extremely skilled adolescent who beats them all in a stock Toyota AE86 has become a cultural icon. In fact, even if you haven’t seen “Initial D,” there’s a good chance you’ve heard its soundtrack elsewhere on the internet. “Running in the 90s,” “Gas Gas Gas,” and “Deja Vu” are all certified Eurobeat bangers that mirror the show’s fast-paced racing sequences and have transcended the scope of “Initial D,” becoming part of much broader meme culture.

Takumi Fujiwara (the aforementioned outstanding youth) and his Eight-Six have unfortunately passed their prime. Shuichi Shigeno’s original manga finished in 2013, and the last time “Initial D” was shown in anime form was with the conclusion of a film trilogy in 2016.

However, just because the original “Initial D” crossed the finish line did not mean Shigeno’s high-octane racing career was over. The manga artist created a follow-up series called “MF Ghost” in 2017, and it is now getting its own adaptation. So, without further ado, here’s all we know so far about “MF Ghost’s” release date, cast, and plot.

What is the story behind MF Ghost?

Initial D is continued in MF Ghost by Shuichi Shigeno. Initial D takes place in the 1990s, while MF Ghost takes place in the year 202X. However, it is set in the future, in a period when self-driving automobiles have largely supplanted cars powered by internal combustion engines. However, an organization called MFG still runs street races using internal combustion engines. Ryosuke Takahashi, who we first meet in Initial D, runs MFG.

The plot, on the other hand, follows Kanata Livington, a 19-year-old rookie who drives his Toyota 86 through top-tier and high-performance European vehicles in quest of his father. Takumi Fujiwara, the legend himself and the main character of Initial D, is Kanata’s trainer.

Initial D follows Takumi Fujiwara, an 18-year-old who assists his father at his tofu shop by making deliveries, for those who haven’t seen MF Ghost’s precursor. Every morning, he drives to Mt. Akina in his father’s AE86.

He developed mountain racing talents as a result of this regular practice, which he sharpened day after day while traveling to make a delivery at the summit. When the Akagi RedSuns from Mt. Akagi arrive in town to face the Akina SpeedStars, Takumi’s daily life begins to alter.

What are the names of the characters in MF Ghost? 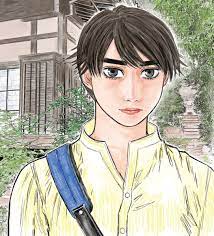 While Takumi is undoubtedly the most well-known character in the “Initial D” universe, the series “MF Ghost” offers a refreshing change of pace by focusing on a new character named Kanata Livington. Kanata is a British-Japanese racer who attended racing school in England and now competes in Japan’s MFG racing circuit. It is uncertain who will voice this new protagonist at the time of writing.

Kanata, on the other hand, will not be the sole prominent character in “MF Ghost.” Takumi and Ryou (who manages the MFG circuit) will return at some point in the series, as will other fan favorites. Kanata, likewise, has a few allies that back him up during his time in the MFG. Ren, his love interest, the mechanic Ogata, and Shun Aiba, a fellow racer, is among them. It is presently unknown who will play these characters when “MF Ghost” is released, much as it is for Kanata.

When will MF Ghost be available?

Despite the fact that “MF Ghost” has been a manga since 2017, it is only now getting an anime adaptation. The first teaser trailer for the upcoming series was released on YouTube on January 3 by Avex Pictures. According to Anime News Network, manga publisher Kodansha also posted a promotional graphic announcing the series’ production at the same time. “MF Ghost” is planned to premiere next year, in 2023, according to both the teaser and the photograph.

Unfortunately, neither source stated when “MF Ghost” will be launched in 2023. Similarly, no information about where or how fans outside of Japan would be able to view the series has been released. It is, however, likely to appear on Crunchyroll or Funimation at some time, like with most anime. As we get closer to the anime’s 2023 premiere date, more information will become available.

Who is the creative team behind MF Ghost?

The series is animated by Felix Film, the studio behind Aharen-san wa Hakarenai and Otherside Picnic. Tomohito Naka is the director of the series, and Naoyuki Onda is the character designer (Psycho-Pass, Ergo Proxy, Inuyashiki, Mobile Suit Gundam Hathaway). Akio Dobashi, who composed the music for the Initial D movie, is composing the score. The anime is produced by Avex Pictures, which also worked on the Initial D films.