Vampire In The Garden Anime Release Date: Is It Officiallly Confirmed? 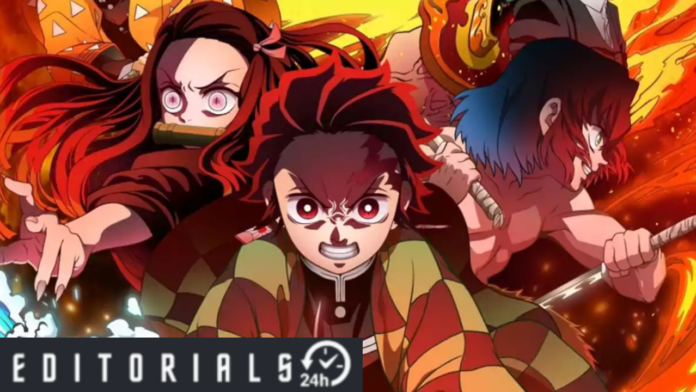 WIT Studio is working on a brand-new project called ‘Vampire in the Garden.’ The studio that brought you ‘Attack on Titan,’ a hugely successful anime series, is now working on a new project. Simply due to its production, the original anime is now trending.

The studio produced ‘Vinland Saga,’ ‘Ranking of Kings,’ ‘Attack on Titan,’ and a slew of other well-known anime.

The project’s existence had been hinted at for quite some time. The studio, on the other hand, outshone several other programs at the recent animation event Anime Japan 2022 by announcing unreleased anime.

This is how it appears to be popular. There is no requirement that the series has a preceding record, manga, or light novel. Despite this, it was already well-known before its publication. 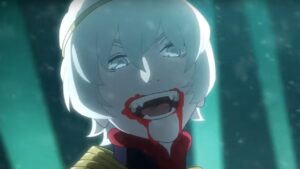 This is how the marketing of new projects is influenced by the studio’s previous work. Vampires have a role in the anime, which is another reason to look forward to it.

Despite the popularity of anime such as ‘Case Study of Vanitas,’ ‘Trinity Blood,’ and ‘Vampire Huner D,’ this WIT studio release has us all the more interested.

So, to shed some light on the situation, let’s dive right in and learn everything there is to know about Wit Studio’s new project, Vampire in the Garden. 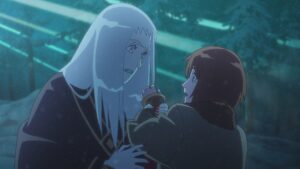 Despite the fact that the series’ premise is relatively distinct, some of its features are strikingly similar to Attack on Titan.

This is in no way a criticism; we’re only showcasing certain preferences. Vampires have taken the place of the titans. Momo, like Eren, wishes to discover the world outside the walls, yet all she wants is to live in peace with vampires.

The anime’s trailer was unveiled on March 27, 2022, and it offered us a fair idea of how the series would be visualized. We got our first glance at Momo and Fine, as well as a few other key characters.

We can decide how good of a series it will be after seeing the trailer. Vampire in the Garden is planned to hit theatres on Mary 16th, 2022. 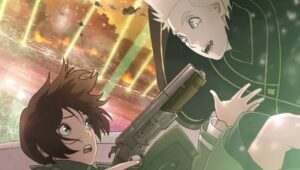 Wit Studio is a well-known animation production company in Japan. The Studio was established on June 1, 2012, and it has been awarding fantastic work for the past nine years. Its headquarters are located in Musashino, Tokyo. It has a subdivision called Ibaraki Studio, which employs roughly 130 people.

The Studio had a tough beginning, but after producing the first three seasons of Attack on Titan, it garnered respect and nobility.

Aside from that, the Studio has produced numerous television programs, anime films, OVAs, video games, music videos, and other popular works. They operate in a wide range of fields and cover practically every facet of multimedia. They have a great level of expertise, which shows in their work.

About Vampire in the Garden 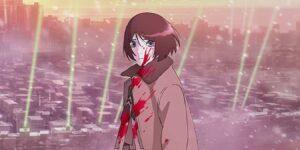 The Studio has chosen a wonderfully original piece based on the plot selection. The writer of the series is still unknown due to a scarcity of information about it.

Aside from them, the series’ soundtrack will be handled by Ike Yoshihiro, while the series’ principal animator will be Nishio Tetsuya.

Fine and Momo, the main characters of the series will be played by Kobayashi Yuu Digimon Ghost Game, Shuumatsu no Walkure, and Han Megumi One Piece, Komi San Wa, respectively.

The new anime’s narrative will transport you to a time when vampires have taken over humanity. While this may sound similar to Attack on Titan, in the world of Vampire in the Garden, only a small percentage of humanity lives within the light barrier.

These lights keep them safe, but Momo, a young girl, wishes to live in peace with the vampires. Outside the walls, a vast vampire kingdom is controlled by Fine, the Vampire Queen. She used to love a human, and an encounter with Momo revived that passion. 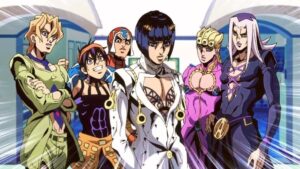 The series will be available on Netflix exclusively. As a result, you will only be able to stream it there at the time of its initial release. We will notify you if the other websites take up their licensing.