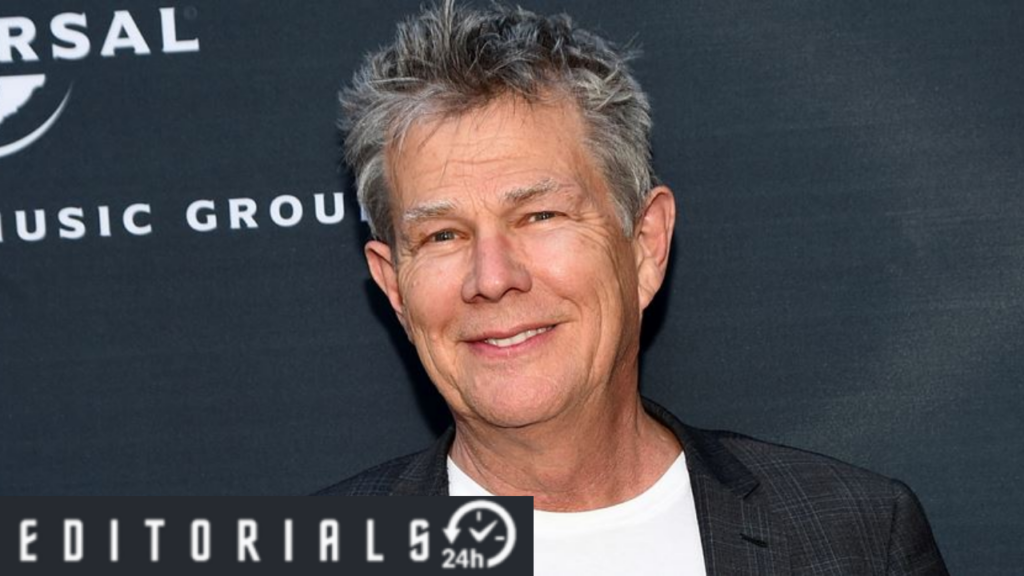 David Foster is a $150 million-plus Canadian musician, record producer, composer, performer, songwriter, and arranger. He has aided in the discovery of musical talents such as Michael Buble, Josh Groban, Celine Dion, and others during his career. Mariah Carey, Whitney Houston, Celine Dion, Andrea Bocelli, Chicago, and Toni Braxton are just a few of the well-known performers Foster has produced. He’s also worked as a producer for Madonna, Air Supply, and Michael Jackson, the late musical icon. From his 47 nominations, he has received 16 Grammy Awards. He has been responsible for the sales of over 500 million CDs for the musicians with whom he has collaborated throughout the years.

David’s net worth would almost certainly be far higher if he hadn’t gotten divorced four times. He is currently married to Katharine McPhee, a singer, and actress. David has raised and donated hundreds of millions of dollars to charity, largely through the David Foster Foundation, which helps children who are fighting for their lives due to a medical conditions. David Walter Foster was born in Victoria, British Columbia, Canada, on November 1, 1949. His father, Maurice (Maury) Foster, worked as a yard superintendent, and his mother, Eleanor May (née Vantright), worked as a housewife. He joined the University of Washington’s music department when he was 13 years old, in 1963.

He then auditioned for the position of bandleader in an Edmonton nightclub in 1965. Tommy Banks, a well-known jazz musician, owned the restaurant and took Foster under his wing, teaching him in the music business. Foster traveled to Los Angeles with his band Skylark in 1974 after playing with Ronnie Hawkins and as part of a Chuck Berry support band in Toronto. Foster was a member of the pop band Skylark as a keyboardist. Eirik Wangberg discovered them, and their song “Wildflower” became a top ten success in 1973. Foster stayed in Los Angeles when the band broke and created the band Airplay with Jay Graydon.

He began working as a songwriter, producer, and arranger for a variety of projects in addition to performing his own songs. He worked as a studio player and arranger on Earth, Wind, and Fire’s album “I Am” (1979), and co-wrote six of the album’s tracks. Foster’s song “After the Love Has Gone,” which he co-wrote with Graydon and Bill Champlin, won the Grammy Award for Best R&B Song in 1980.

Foster signed an agreement with Warner Brothers in 1995 that allowed him to form 143 Records, a boutique label he co-founded with Warner. The Irish folk-rock band The Corrs was one of the first performers signed to 143 Records. Foster, on the other hand, had sold the label back to Warner in 1997 and had joined the company as a senior vice president.

“The Power of the Dream,” the official song of the 1996 Summer Olympics, which Foster co-wrote with Kenneth “Babyface” Edmonds, and the Diane Warren songs “Un-Break My Heart,” sung by Toni Braxton, “Because You Loved Me,” sung by Celine Dion, and “Have You Ever?” sung by Brandy, are among the notable songs Foster produced in the 1990s.

Foster produced a one-night event in Las Vegas in 2008 called “Hitman: David Foster & Friends.” With Foster at the keyboard, the program featured songs written and/or produced by him over the course of his 35-year career. Andrea Bocelli, Celine Dion, Blake Shelton, and Katharine McPhee were among the supporting acts.

Foster was confirmed as the future Chairman of Verve Music Group in 2011, however, after a corporate reorganization in 2016, he left the label. Bryan Adams, Andrea Bocelli, Mary J. Blige, Josh Groban, Michael Buble, and Renee Olstead, among others, have all had albums produced by him.

Foster has had numerous opportunities to appear on television, primarily on music-related programs, as a result of his renown as a seasoned music producer. He was a guest mentor on “American Idol” and a guest judge on “Nashville Star” in April 2006. He’s also featured on “Celebrity Duets,” “Star Tomorrow,” “The View,” “The Oprah Winfrey Show,” and “The Real Housewives of Beverly Hills,” as well as being a judge on “Asia’s Got Talent” in 2015, 2017, and 2019.

Foster has been married five times and has seven grandchildren. He has five biological daughters. B.J. Cook, a singer, and writer was his first wife. His second marriage, to Rebecca Dyer, lasted from 1982 to 1986. His third marriage lasted from 1991 to 2005, and it was to actress Linda Thompson.

They really collaborated on several songs as a songwriting partnership, including “I Have Nothing,” which was performed by Whitney Houston in the film “The Bodyguard” (1992). He was stepfather to Brody and Brandon Jenner, Thompson’s sons from her former relationship with Caitlyn Jenner, while he was married to Thompson (then Bruce Jenner). Thompson, Foster, and two Jenner sisters appeared in the reality show “The Princess of Malibu” for a short time (2005).

Foster married singer and actress Katharine McPhee, who is 34 years his junior, in June 2018. In June of this year, they married. David and Katherine bought a mansion in LA’s Brentwood district for $7.1 million in 2021.