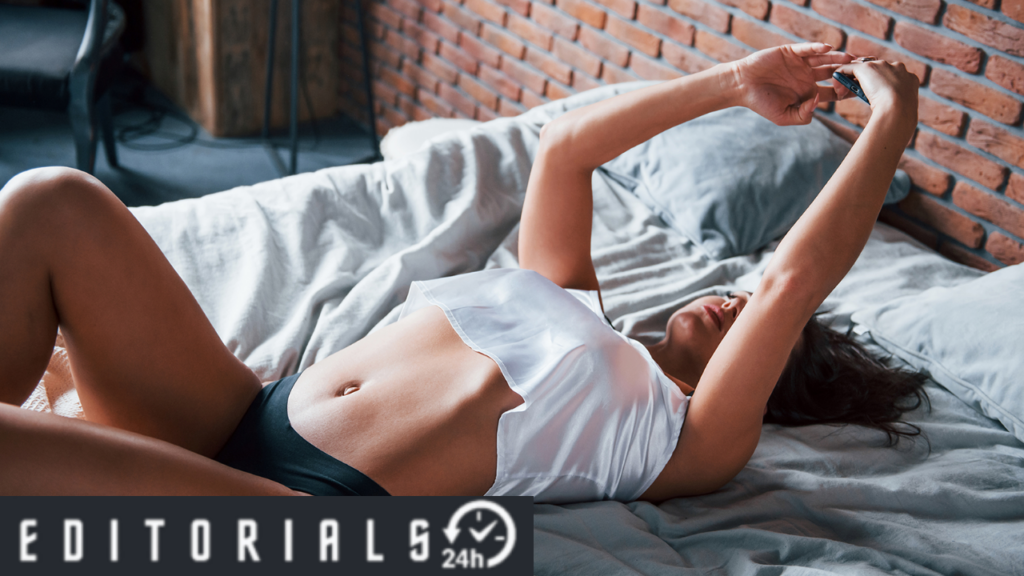 We’ve seen it a hundred times, but what is the solution to the TikTok Towel challenge? Interlocking beach towels with a partner and trying to escape without releasing go is the newest viral fad to overwhelm social media feeds. However, like with many TikTok obsessions, users are unsure whether the challenge can really be completed.

If you get bored at the beach, we found the newest social media brain teaser that you may do in between swims. Is that something you’re willing to take on?

What Is the Challenge of The Tiktok Towel? 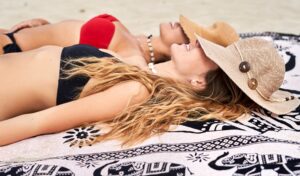 Taking a dip in the pool? Great! Before you leave, get two towels, ideally mismatched ones so you can tell them apart easily. (Also, find a friend—this is a team effort.) Interlock your towel with your buddy’s towel, which will be held in a similar manner, as you grab it from both sides. It’s then all systems go!

You’ll need to be adaptable and resourceful, but this isn’t anything you shouldn’t be able to do. Some people seem to have escaped and set their towels free with a few twists and flips and ample stretches. People are certainly trying the TikTok towel trick on their pool and beach trips since #twotowelchallenge has over 10 million views. Let’s look at a few cases and see what we can find out.

The @vorostwins brothers/co-conspirators seem to have nailed the summer challenge. They came to the stage, a pink and blue towel in hand, to show their fans that they had broken the code.

Related: How does the Catfish Filter work on Snapchat and Instagram?

However, several people were not convinced by their win proclamation. While some fans believed Operation Towel was a success, others thought it was somewhat handy since the towel-hand combination was hidden from view from the camera on a few occasions. 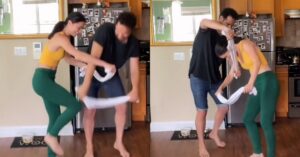 One responder said, “You can’t deceive us.” “Wonderful hand switch,” said another. “Don’t believe I missed it.”

Maybe if they hadn’t turned their backs on the camera, people wouldn’t have been suspicious.

This @limitless is maybe even more intriguing than the challenge itself.

The relationship between a couple in love. They’ve made every effort to untangle their fleece blankets, but they fall short…and find themselves exactly back where they began. 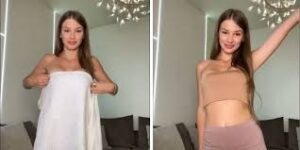 Unlike @vorostwins, the efforts to unlock the blankets are visible, and people even suggest what actions they should have performed. Add #twotowelchallenge to your to-do list whether you’re seeking outside date ideas or ideas for dates at home.

Another duo, this time @fayeharveysmithx, takes on the challenge and comes up with some amusing outcomes. Even if you can’t break free, it provides you a reason to go closer to your spouse and flirt. In and of itself, that’s a triumph. Don’t even think of escaping!

How Is the Tiktok Towel Challenge Solved?

What is the last word? The TikTok challenge seems to be solvable, but it all hinges on how adaptable people who accepted the towel challenge are. What are the dimensions of the towels in question?

If there’s a will, there’s a way, but this TikToker is opting for the pesto eggs challenge over the #twotowelchallenge. It’ll be a piece of cake for us!