Editorials 24
HomeAnimeTiger and Bunny Anime Season 2 Release Date: Everything You Need to...
AnimeEntertainment

Tiger and Bunny Anime Season 2 Release Date: Everything You Need to Know 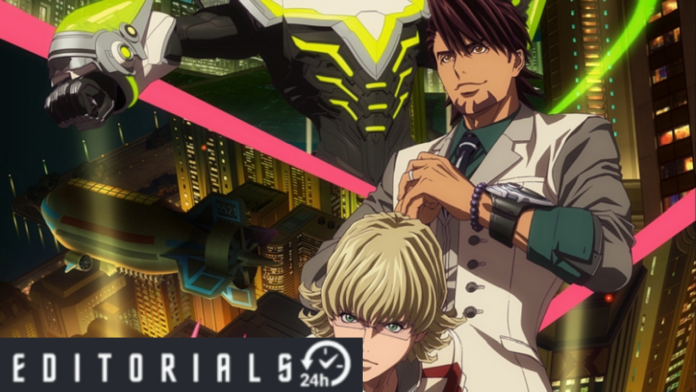 A long-forgotten classic is resurrecting. “Tiger and Bunny,” a superhero comedic anime that premiered in 2011, is finally getting a second season.

The series is set in a futuristic world similar to the universe of “The Boys,” in which superheroes and supervillains have been marketed for business and entertainment.

It is surprising that it is not based on a pre-existing manga or light novel. Kotetsu T. “Wild Tiger” Kaburagi and Barnaby “Bunny” Brooks Jr., who don’t get along at first, are front and center.

While hunting down a supervillain known as “Lunatic,” the two guys are forced to collaborate and continuously discuss ethics and values. 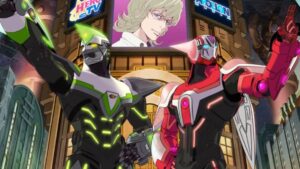 What are your options now? After that, not much occurred, at least until the anime was picked up by Netflix in 2017, rekindling interest among fans. Season 2 of “Tiger and Bunny” is set to premiere in the near future, therefore their wish will be granted soon.

Here’s all we know thus far about “Tiger and Bunny’s” long-awaited Season 2.

When Is Tiger and Bunny Season 2 Coming Out?

Fans should know how to wait after seven years since the previous “Tiger and Bunny” project, but they’re getting impatient for fresh episodes. Thankfully, the second season of the popular anime “Tiger and Bunny 2” won’t be here for much longer.

“Tiger and Bunny 2” is set to release in 2022, according to Monsters and Critics and a slew of other sources, including the show’s IMDb page, though no date or month has been set. Cross your fingers for early 2022. 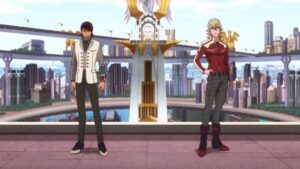 The events of “Tiger and Bunny: The Rising,” the franchise’s second and most current film, will be continued in the new season. While “Tiger and Bunny 2” will be a continuation of the previous story, it will be produced by Bandai Namco Pictures, or BN Pictures, which is a separate animation studio from Sunrise.

What Characters Will Be in Tiger and Bunny Season 2?

Many original voice actors, including Hiroaki Hirata as Kotetsu and Masakazu Morita as Barnaby, the two main superheroes and longtime companions, will reprise their legendary roles in the upcoming season. 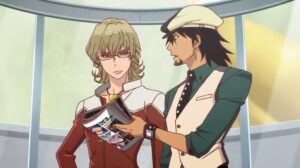 Both Kotetsu and Barnaby have the Hundred Power ability, which allows them to battle with a hundred times their usual strength for five minutes before needing to rest for an hour.

Kotetsu and Barnaby frequently clash because Kotetsu will employ lethal force to complete a task regardless of collateral harm, whilst Barnaby prioritizes planning and organization.

Along for the ride are Minako Kotobuki as Karina Lyle, a.k.a. Blue Rose, a superhero with the ability to make and manipulate ice (cryokinesis), Nobuhiko Okamoto as shapeshifter Ivan Karelin, a.k.a. Origami Cyclone, Taiten Kusunoki as Antonio Lopez, a.k.a. Rock Bison, Kotetsu’s best buddy with Other characters, such as Dragon Kid, a teenage hero who can manipulate lightning, Sky High, a well-known hero who controls the wind, and the pyrokinetic Fire Emblem, are returning, with more to be announced later.

Because the anime will be a fresh plot set in the same universe, new, original enemies will most likely be created just for these episodes, while previous foes may return.

What Will Tiger and Bunny Season 2 Be About?

Kotetsu is downgraded to a second-tier hero in the most current installment of the franchise, “Tiger and Bunny: The Rising,” after their company is sold. 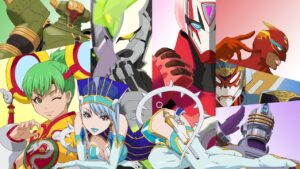 Barnaby is then offered his top-tier slotback, but only if he replaces his fighting partner with a brash, self-obsessed person named Ryan Goldsmith, or Golden Ryan, as his followers call him. Ryan has the ability to manipulate gravity and is a skilled combatant, but his primary goal is to draw attention to himself rather than to aid others.

The city’s Goddess of Justice, who looks to be raining curses on those who have wronged her, is actually a group of superpowered humans seeking vengeance.

There’s no information on what the plot of “Tiger and Bunny 2” will be yet, but we do know that Kotetsu and Barnaby will be fighting alongside one other once more, this time in new suits. Masakazu Katsura, the manga artist behind “Tiger and Bunny,” is the new episodes’ character designer, and he’s redesigned the main characters’ battle attire.

The personal stories of each character who has been in the franchise thus far will undoubtedly be expanded in “Tiger and Bunny 2,” as well as the introduction of a few new characters to provide some intrigue.

Fans will have to wait and see if there are any interesting new opponents for Kotetsu and Barnaby to combat, but more information will be released when it becomes available.