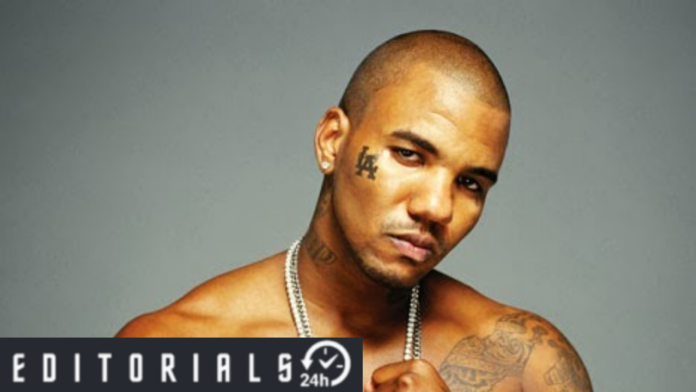 The Game has a net worth of $10 million as an American rapper, producer, and actor.

In 2003, he joined Aftermath Entertainment before joining 50 Cent’s G-Unit Records. He’s subsequently gone on to become a well-known rap musician, entrepreneur, and activist.

The Game grew up in the Santana Blocc, a famously deadly neighborhood dominated by the Crips street gang. 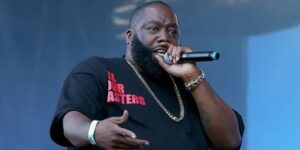 George Taylor and Lynette Baker, his parents, were both Crips members. The Game and his brother, on the other hand, pledged their loyalty to “The Bloods,” a rival group.

Taylor and his sister spent six years in foster care after getting into a lot of trouble as teenagers.

He attended a couple of community colleges before dropping out after graduating from Compton High School. The Game was significantly involved in drug distribution and gang activity during the early 2000s.

The game began studying all of the great hip hop records while recovering from gunshot wounds in the hospital in late 2001.

He studied numerous notable rap albums over the period of five months, preparing himself to become a rapper himself. Game and Big Fase collaborated on his first mixtape, “You Know What It Is Vol. 1,” which was released in 2002. 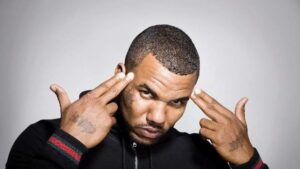 Sean Combs was initially interested in signing him, but Dr. Dre got to him first and signed him to Aftermath Entertainment. Dre decided to team up with The Game with 50 Cent and G-Unit in order to assist him to build a buzz.

The Game first got a recording contract with 50 Cent’s G-Unit label in 2003. He went on to found his own record label, Black Wall Street Records, not long after.

In 2005, The Game’s debut album, “The Documentary,” was a smash hit. The album debuted at No. 1 on the Billboard 200, while the track “Hate It or Love It” garnered two Grammy nods.

The Game has gained clout in the rap community and is credited as being a driving factor behind his efforts to resurrect West Coast hip-hop and bring it back into the mainstream.

The Game produced five studio albums between 2005 and 2012, selling more than 10 million records worldwide. He’s also been embroiled in a number of high-profile feuds over his career, including one with former mentor 50 Cent. 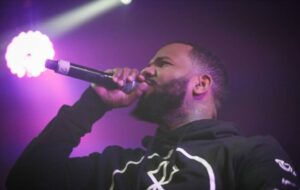 In 2005, The Game received nominations for a BET Award for Best New Artist, three Billboard Awards, and two MTV Music Video Awards. For “Hate It or Love It,” he was nominated for two Grammy Awards and won Ozone Awards in 2007 and 2008.

The Game made his feature film debut in 2006 with “Waist Deep.” The game also included a performance by the Inglewood Cobras basketball team, as well as the purchase of stock in the team.

However, after four games, the squad, which was coached by former NBA player Sean Higgins, dissolved.

The Game collaborated with 310 Motoring to produce The Hurricanes, a shoe that contributed a portion of the proceeds to Hurricane Katrina victims. 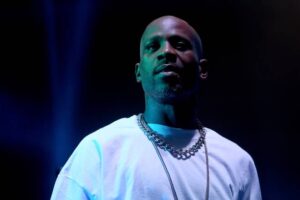 He bought Rolex watches for his whole crew to commemorate the formation of his new label. He changed the name of the record label to The Firm after a legal dispute with Rolex, and it eventually became Blood Money Entertainment.

Many well-known West Coast rappers have joined the label, including Pharaoh Jackson and Skeme.

The Game was engaged to model Valeisha Butterfield until June 2006, when they called off their engagement.

The Game was engaged to Tiffney Cambridge for eight years, but their marriage plans never materialized despite the two starring on a VH1 reality show called “Marrying the Game” about their engagement.

The Game has a number of tattoos dedicated to fallen musicians. 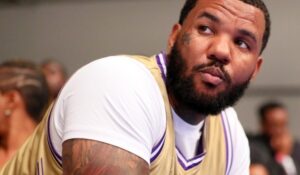 On his forearm, he has a tattoo of deceased rapper Eazy-E with a graveyard beneath it, with headstones bearing the names of 2Pac, Jam Master Jay, and Eazy-E.

He also has tattoos of Aaliyah and Lisa’s “Left Eye” Lopes. Tupac Shakur is depicted as an angel on his right shoulder. He received a tattoo honoring the late Kobe Bryant in February 2020.

The Game, Snoop Dogg, and Tha Dogg Pound were sued in 2005 for allegedly assaulting a fan on stage during a concert. While attempting to reach the stage, the accuser said he was pummeled by the rappers’ entourage.

Later that year, at a mall in North Carolina, Game was accused of resisting arrest and disorderly behavior.

The game was arrested in 2007 in connection with an incident at a basketball game in South Los Angeles in which he was accused of threatening someone with a gun.

He was sentenced to 60 days in jail, community service, and three years probation after pleading no contest to a felony weapons charge. In 2011, the Game was denied admission to Canada due to supposed gang affiliations.

The Game was accused of sexually abusing a contestant on VH1’s “She Got Game” in 2016. Priscilla Rainey, the purported victim, sued The Game in civil court and won, with a judge granting her a $7 million judgment. 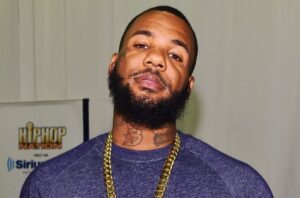 The Game is said to have failed to pay the judgment. Priscilla filed a motion in 2019 to have The Game’s income seized.

Rainey received ownership of his independent record company Prolific Records, as well as royalties from the album “Born 2 Rap,” in April 2020.

She was granted the power to confiscate his income from earnings obtained through the celebrity video platform Cameo in December 2021. According to court filings at the time, The Game received $19,000 from Cameo.