What Are Snapchat Streak Filter? Explained (2022) 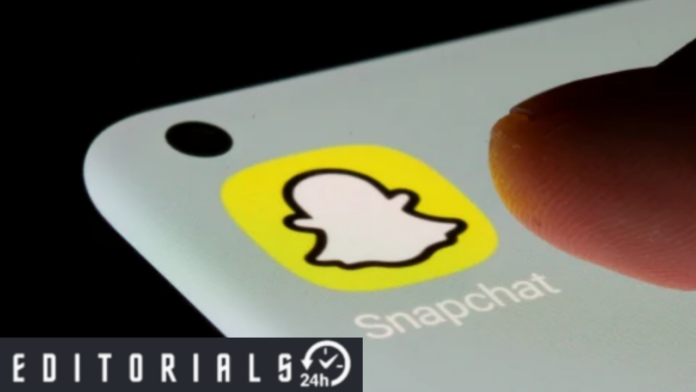 Snapchat Streaks is one of the most important features of the app since it keeps users interested in the ephemeral messaging platform. Snapchat has built a devoted following by making the act of sending and receiving Snaps a game with Snapchat Streaks. If you’re new to Snapchat and aren’t sure what this feature is all about, keep reading to learn everything there is to know about Snapchat Streaks.

What is a Snapchat Streak? Snapchat Streaks, also known as Snapstreaks, is a metric for how much time you spend with a Snapchat user. A Snapstreak begins when you send or receive Snaps from the same person for three days in a row. On the Chat screen, check for the fire emoji () next to the contact’s name to identify an active Snapstreak.

The number next to the fire emoji keeps rising to represent the number of days a Snapstreak has been active. The software requires you to send and receive photographs and video Snaps to your friends at least once every 24 hours to keep a Snapstreak going. The Snapstreak will be lost if you fail to do so.

You may be asking what factors contribute to a Snapstreak and what factors do not. Snapstreaks may only be earned through two actions, according to Snapchat. The following are the details:

That’s all there is to it. If you text the person, upload Stories (even if it’s a private tale), or send Snaps to group conversations, you won’t get a Snapstreak. It’s also worth noting that the Snap should be sent directly from the Snapchat camera interface. Your Snapstreak will not be affected if you send a Snap from your camera roll or Memories tab.

What Do Snapchat Streak Emojis Mean?

Snapchat makes it clear whether or not a user has an active Snapstreak. For a new user, though, the meaning of emojis next to a Snapstreak can be puzzling. There are essentially three emojis for Snapstreaks:

The Snapstreak day count used to be displayed in a special Snapchat filter. While that option is no longer available, Charms can still be used to show off your Snapstreak with a friend. This is how you do it:

1. Go to the profile page of the person with whom you have a Snapstreak and open Snapchat. From the discussion window, touch on a user’s display name to go to their profile page. 3. Now all you have to do is share the screenshot on Snapchat. Select the screenshot from your camera roll in the Snapchat story creation interface. You have the option of mentioning the individual in the story. After that, select “My Story” and press the blue “Send” button to share your Snapstreak on Snapchat. Sending photo Snaps to the other person is the simplest way to enhance your Snapstreak. If you’re out of ideas for Snaps to send, you can always send a blank Snap to keep the streak going. Unless both parties are socially active and outgoing, most long-term Snapstreaks are blank.

You can even send video Snaps if you find sending static photographs repetitive or boring. Every day, make a video and send it to the person. Video Snaps are also more personal, which helps to build the bond between you and your companion.

Because the streaks only last 24 hours, it’s critical to keep up the pace and deliver Snaps to each other on a frequent basis. If you have a habit of forgetting to send Snaps, you can set a reminder as the last resort. There are a variety of reminder apps for iPhone and Android that might help you remember not to miss another Snapstreak.

Also Read: How To Add Music To Snapchat Snaps Stories Android and iPhone

You won’t be able to submit your daily Snap to keep your Snapstreak if your Snapchat app isn’t running properly. In such circumstances, you’ll need to move swiftly to get your Snapchat app back up and running. There are several ways to fix the Snapchat app not working problem, and you can find complete instructions in our in-depth tutorial linked here.

Request for the restoration of data that has been lost Snapstreak

If you’ve lost your Snapstreak due to a technical issue, such as a server outage, contact Snapchat’s customer service staff and ask them to restore it. We have a specific tutorial that will help you reclaim Snapstreak.

Start Snapstreak with Friends on Snapchat

Long-term Snapstreaks are often regarded as a source of pride among young Snapchat users. If that describes you, we hope you found this information useful. Let us know if you have any Snapstreak-related questions in the comments. In the meantime, you might be interested in learning how to use Snapchat to make polls, locate your Snapchat score, and store Snapchat videos.