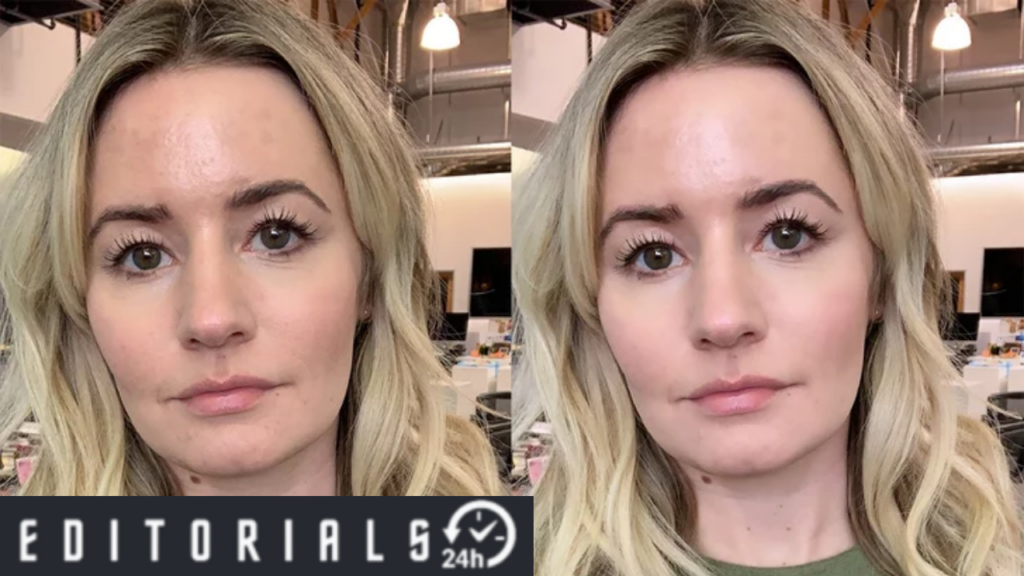 Instagram gave me a delightful surprise a few months ago. My timeline was not restored to chronological order, but I did get a new filter. It was the first one to appear when I swiped to the right, so I saw it straight away.

It’s called Paris, and it blurs the skin to make it seem instantly FaceTuned, akin to Snapchat’s “beautiful filter.” It’s as if the Oslo filter’s contrast and the Cairo filter’s brightness had a child.

It’s important to note that Paris is not the same as the Kylie lens (which smooths the face as well as adds a lip color and enhances your lashes) or the glitter lens (which makes your skin appear like a mannequin’s).

I assumed that everyone had gotten this filter until I learned that the majority of my friends and coworkers did not. I’m not sure why the Instagram gods bestowed this strange gift onto me, but my vanity enjoys it.

You know, there are times when you don’t want to show off a meteor-sized pimple on your face but you really need to use Instagram Stories.

This makes sense to me since, although I can’t confirm who has the filter and who doesn’t, I’d been noticed that some celebs or influencers seemed to have a distinct appearance on their Instagram Stories.

Stories are often a platform through which the general public may see a less-filtered side of these popular personalities, both in terms of content and overall look. Maybe the Paris filter is assisting them? Or maybe they’re just wealthy enough to have flawless skin. Neither of these things would surprise me.

However, the filter isn’t ideal — it may make the skin seem flat if it’s too airbrushed; I’ve discovered it can exaggerate my melasma. (Blah.) It’s better for video than photographs, in my opinion.

When I contacted Instagram for more information and to inquire about whether or not the filter will be available to all users, a spokesperson simply stated, “We’re always testing new ways for you to express your creativity on Instagram,” and that there are no plans to share any details about the filter’s launch at this time.

Continue reading to learn how the Paris filter compares to other “beautiful filters” on the platform, as well as how it varies from them.

The only thing that was bringing people in as opposed to the much-loved Snapchat at the time was the filters, which were added when the story function was added to Facebook, Instagram, and WhatsApp.

Soon after, Facebook began adding filters to all of its platforms so that users could enjoy their stories in the same way that Snapchat users could. Snapchat, on the other hand, took a step further and used augmented reality to offer animated characters as well as some other unique filters.

Related: The Best Beauty Filter for Snapchat and Lenses

Both Facebook and Instagram attempted to catch up to Snapchat’s filter game, but it seems that despite their efforts, they have yet to exceed Snapchat in terms of adding new filters.

According to Jane Manchun Wong, Instagram is testing the Paris filter for Android users in an effort to make stories more intriguing.

This filter primarily softens and brightens the skin tone. The fundamental objective of this filter is to tone down the bumps and smoothen (and blur) the skin in harsh light selfies.

This filter has been accessible for iPhone users for quite some time, but it has just lately been available for Android users.

Despite the fact that Instagram is quickly becoming the most popular app for sharing daily stories, it seems that it has yet to find a method to stand apart.

Related:  How to Use Snapchat Baby Filter on iPhone and Android

According to experts, Instagram is now in charge of deciding what they will market to users and what material is suitable for their age groups. However, when it comes to introducing unique filters and new features, the platform has yet to find out how to make it more fascinating.

Because Instagram is deficient in the creativity department, it must go to Snapchat for inspiration; nevertheless, this is not considered as a long-term strategy.

According to experts, it is past time for Instagram to come up with something fresh to demonstrate that it is a trailblazer in the picture and video-based publishing platform.

The Paris filter has garnered a resounding reaction, but it seems that consumers are less charmed with a single filter that just changes the color of the image.