Editorials 24
HomeCelebrityLord Sugar net worth 2022: How Did He Make His Money?
CelebrityLifestyleNet Worth 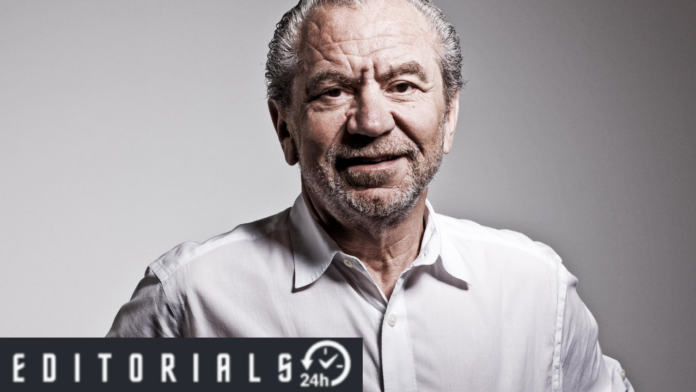 Lord Sugar invests in aspiring business tycoons who are anxious to make their dreams come true and their company ideas succeed on The Apprentice. Every year, he invests £250,000 in one deserving candidate who aspires to one day become a multimillionaire entrepreneur. But what exactly is Lord Sugar’s net worth? How did he rise to the position of being able to launch other people’s careers?

Over the years, Lord Sugar has put over £2.5 million of his own money into firms started by Apprentice contestants, which may seem like a lot. To most people, that’s a substantial sum of money, but to Lord Sugar, it’s a drop in the bucket. Here’s Lord Sugar’s net worth, as well as how he made his fortune. Be prepared to cry.

So, what is the net worth of Lord Sugar?

Lord Sugar is one of the UK’s 171 billionaires. Lord Sugar’s net worth was assessed to be £1.21 billion by the Sunday Times Rich List, making him the 121st richest person in the United Kingdom. He started his first major business in 1968 and has been making a lot of money ever since.

How did he become a billionaire?

Lord Sugar and his son Daniel currently run Amsprop, a company that invests in commercial property in London and Essex. Tesco and the Hard Rock Café are among its clients. In previous years, this company has made up to £200 million in revenue.

Lord Sugar has now amassed hundreds of millions of dollars (weep) from The Apprentice-related enterprises. He owns at least eleven of them, some of which are worth tens of millions of dollars. He’s got a flawless system going on there. Lord Sugar, on the other hand, does not profit from his appearance on the show because he donates his fee to Great Ormond Street Hospital.