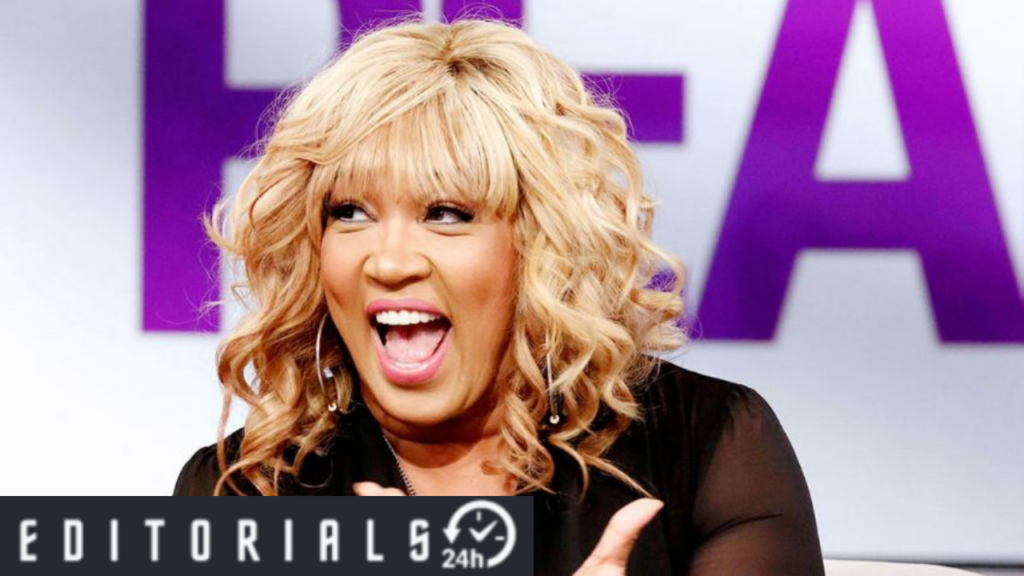 What is Kym Whitley’s Salary and Net Worth?

Kym Whitley is a comedian and actress from the United States with a net worth of $3.5 million. Kym Whitley has starred in sitcoms such as “Animal Practice,” “The Parkers,” “The Boondocks,” and “Black Dynamite,” among others.

Whitley was born in Shaker Heights, Ohio on July 21, 1961, to Kaysonia and William Whitley. She grew up with her two elder brothers, Kyle and Scott, in Khartoum, Sudan, during a portion of her youth. Her father was an architect and one of the founding partners of Whitley and Whitley, a black architectural business. The firm was involved in projects such as the Tower City Center, the Cleveland Public Library, and Progressive Field, the home of the Cleveland Indians.

Whitley graduated from Shaker Heights High School in 1979. She subsequently went to Fisk University in Nashville, where she became a member of the Delta Sigma Theta sorority. Whitley discovered her passion for show business and performance while in college. Her family was skeptical of her capacity to make it in show business, despite the fact that she had always been described as having a lively and creative personality and was often able to make people laugh. They stayed supportive, though, and Whitley was unstoppable.

Whitley relocated to California after graduation and worked as a teacher in Compton until she was hired as Arsenio Hall’s assistant. She also appeared on “Soul Train” as a dancer. Her major break came in 1989 when she earned the leading part in Shelly Garrett’s hit play “Beauty Shop,” which premiered in Los Angeles and subsequently toured the country.

In the early 1990s, she began booking roles on television and in films. In 1992, she had her first acting role in an episode of “Vinnie & Bobby.” In 1994, she was also a regular cast member on “My Brother and Me.” She made guest appearances in episodes of “The Parent Hood” and “Martin” in 1995, then in an episode of “Married…with Children” the following year. In 1996, she joined the main cast of the television series “Sparks,” which aired from 1996 to 1998.

Whitley would have a prosperous decade in the 2000s. She began by landing roles in “Grown Ups,” “Moesha,” and “Intimate Portrait” episodes. “Next Friday,” “Nutty Professor II: The Klumps,” and “A Private Affair” were among her other credits. She played herself in the sitcom “Oh, Drama!” from 2001 to 2002, before joining the cast of the popular series “The Parkers” in 2002. On the UPN channel, “The Parkers” was a spin-off of “Moesha.” She stayed on the show until 2004, the same year she was cast in Larry David’s “Curb Your Enthusiasm,” in which she played a notable character.

Also Read: Check out The Latest Information About Kurt Sowers’s Net Worth, Age, Bio, and Career

She also started landing bigger roles in movies including “Love Chronicles,” “Along Came Polly,” and “The Perfect Man.” For her work in the film “Deliver Us From Eva,” she was nominated for a BET Comedy Award for Outstanding Supporting Actress in a Box Office Film in 2004.

She made guest appearances in episodes of “Grey’s Anatomy,” “That’s So Raven,” and “Love, Inc” 2005. She also started voicing characters in “The Boondocks,” a BET animated series. She would continue to work on the show in various capacities until 2010. Throughout the second half of the decade, Whitley continued to work steadily in both cinema and television.

Whitley joined R&B musician Brian McKnight as co-host of the short-lived chat show “The Brian McKnight Show” in early 2010. From 2012 to 2013, she had a recurring role on the BET comedy series “Let’s Stay Together.” In 2013, she launched her own show, “Raising Whitley,” a docu-series that aired on the Oprah Winfrey Network. It was the network’s fifth-most-watched premiere in its history. The show was renewed by the network for a second season, which premiered in 2014.

Whitley also appeared in the ABC Family (Freeform) sitcom “Young & Hungry” in 2014. Yolanda was her character, and she stayed on the show until it ended in 2018. She landed a role in the web series “The Bay” in 2017. She was nominated for a Daytime Emmy Award for Outstanding Supporting or Guest Actress in a Digital Daytime Drama Series for her efforts. Her role also earned her the Indie Series Award for Best Guest Actress in Drama.

Joshua, Whitley’s adoptive son, was born in January of 2011. Because the boy is the biological son of a lady Whitley has been mentoring for several years, her journey to becoming a mother is unusual. The mom left the boy at the hospital after giving birth to him and named Whitley as his legal guardian before fleeing. Whitley got a call from a social worker alerting her of the situation, and she became a mother an hour later.

Kym bought a modest property in Los Angeles for $335 thousand in 2001. She offered this home for sale in 2017 for just under $700,000 but did not take any offers, which proved to be a prudent decision because the home is now likely worth more than $1.4 million.