Editorials 24
HomeCelebrityKelly Clarkson Net Worth 2022: Know every detail about her!
CelebrityLifestyleNet Worth

Kelly Clarkson Net Worth 2022: Know every detail about her! 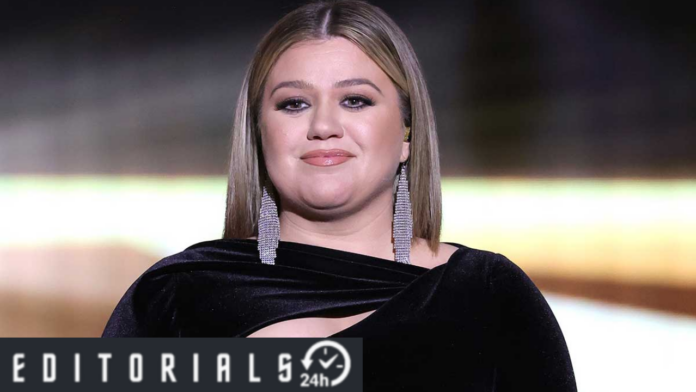 Kelly Clarkson’s Net Worth is $45 Million.

Kelly Clarkson, an American singer, songwriter, and reality television star is reported to be worth $45,00,000,000. Kelly Clarkson’s music career has taken off as a result of her appearance on the reality TV show “American Idol.” Clarkson’s large net worth is the result of a series of astute financial moves, in addition to her success in the entertainment business. She was also a prolific novelist, with a focus on children’s books.

Kelly Clarkson was born on April 24, 1982, in Fort Worth, Texas. She was the last of her three siblings to be left behind when her parents divorced. Kelly, unlike her brothers and sisters, stayed in her mother’s care. Clarkson grew up as a devout Southern Baptist who routinely attended church.

When she was in seventh grade, she joined the school chorus, which was her first introduction to singing. Clarkson participated in a number of school plays and talent shows as a high school student. Kelly Clarkson was given scholarships to numerous institutions because of her singing abilities, but she turned them all down. She was eager to devote all of her time and attention to furthering her musical goals, and she was ready to get started right away.

After graduating from high school in 2000, Clarkson made it a priority to create a demo reel. She took on other occupations to help pay the costs during the recording sessions, and record labels expressed interest. She declined the number of offers because she was afraid of being pigeonholed and commercialized if she accepted.

In 2001, she traveled to Los Angeles in the hopes of achieving more success. Despite the fact that she could make a five-track demo tape, no record labels were interested in signing her. She was forced to return to her parent’s residence after a period of time owing to a lack of cash. During this trying time, she worked as a cocktail server and a movie theatre hostess.

Kelly Clarkson’s friends encouraged her to audition for “American Idol” after she came home. The creators were still winging it, given that this was the show’s first season. Clarkson won the competition after making it all the way to the finals, launching her professional singing career in earnest. As a result of her success on “American Idol,” Simon Fuller, the show’s creator, signed Clarkson to RCA Records.

Clarkson’s book “Thankful” was released in 2003. Critics praised Clarkson’s voice, and the album was declared double-platinum. Songs like “Miss Independent” and “The Trouble With Love Is,” among others, can be found on the CD.

She later ended her relationship with Simon Fuller and looked for new representation, paving her own path in the music industry. As a result, “Breakaway,” a brand-new album, was created. When the album was released in 2004, it received a lot of positive feedback from critics. It was also Clarkson’s most successful album, with over 12 million copies sold worldwide. Following the success of her last album, Clarkson embarked on a lengthy tour in 2005 and 2006.

The RCA management was concerned about Kelly Clarkson’s third album’s darker tone. As a result, when Clarkson refused to allow any professional input into the creative process, they rebelled. RCA did not market the record as aggressively as they had previously due to her desire for doing things her own.

The album was titled “My December” and was released in 2007. Despite positive reviews and platinum certification, just 2.5 million copies of the album were sold globally, a far cry from Kelly’s previous success with “Breakaway.”

Clarkson’s album “Wrapped in Red” earned platinum after its release in 2013. In 2015, Kelly Clarkson released her eighth and last studio album with RCA Records. For the third time in a row, her album debuted at number three on the Billboard 200. “Meaning of Life,” her next album, was released in 2017 by Atlantic Records.

Kelly Clarkson has been involved in movies since the beginning of her career. Her first major role was in the 2003 film “From Justin to Kelly,” which received mixed reviews. Following seasons of “The Voice” and “American Idol,” both featured Clarkson on television. Clarkson has voiced characters in animated films such as The Star and Trolls World Tour. Kelly Clarkson has her own television show, “The Kelly Clarkson Show.”

Kelly married Brandon Blackstock in October of that year after a nine-month engagement. Kelly’s former manager, Narvel Blackstock, is the father of Brandon’s father, who is also his father. Narvel McEntire was his wife for many years.

In June of 2020, Kelly filed for divorce. Kelly will have primary custody of their two children until November 2020, owing to a judge’s decision. Brandon submitted a support request at the same time as the custody decision was made, asking for $430,000 in MONTHLY child support. The total sum asked was divided into two parts: $135,000 in child support and $301,000 in spousal support. In addition, he asked for $2 million in legal fees.

Kelly responded by filing a complaint a few weeks later, alleging that Brandon lacked the necessary licensure for talent agents for the 13 years she was in his care. As a result, she demanded a refund of the million dollars in fees.

Kelly was ordered by a judge in January 2022 to give Blackstock a 5% portion of her Montana ranch, which she did. The ranch’s overall valuation was $17.75 million at the time of the judge’s order, making Blackstock’s 5 percent ownership worth around $908,000.

Share
Facebook
Twitter
VK
ReddIt
Previous articleThe Harry Potter Filter on Snapchat Allows You to Represent Your Hogwarts House by Saying the Name of The House.
Next articleHere is the full information about Stephen Colbert’s net worth for 2022.