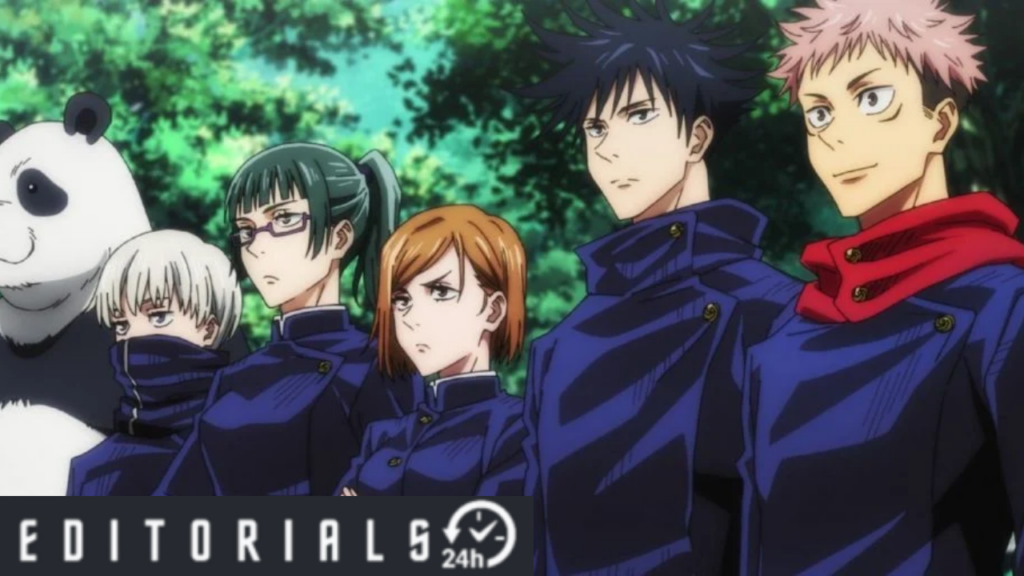 The protagonists, and even the antagonists, in the hit shounen anime Jujutsu Kaisen, improve as fighters and grow in personality. As the story progresses, so do these characters, and the plot may shift as a result of a character’s growth. Fans are eagerly anticipating how much more these beloved characters will evolve and be changed as the story progresses. 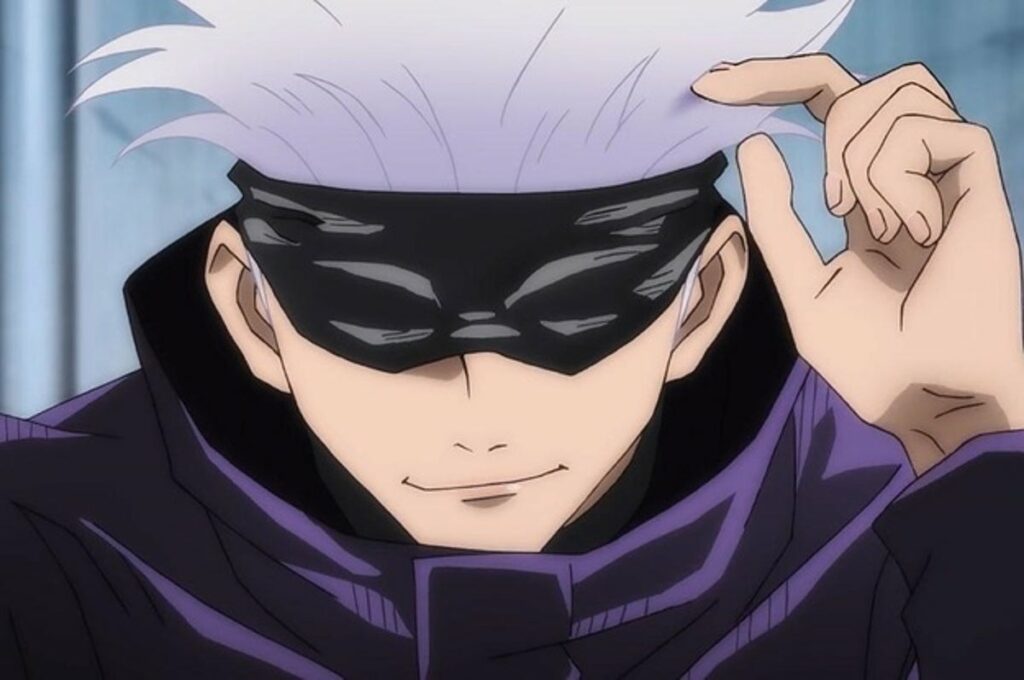 Though there are many moments of character growth throughout the series thus far, just a few are very significant for both the characters and the plot. These moments of evolution, whether they’re pushing the tale forward or developing the main character, are constantly reshaping this enthralling series. Yuji was initially appalled by the prospect of eating one of Sukuna Ryoumen’s fingers, but when he realized his buddies were in danger, it became irrelevant. Yuji swallowed the cursed thing, gaining enormous strength while only thinking about saving those he cared about.

Yuji’s decision not only demonstrates his commitment to helping others in danger, but it also advances the plot. It was the move that started it all, and Yuji would not have lived to tell the tale if it hadn’t been for it. Yuji, Megumi, and Nobara, in their first mission as Jujutsu Sorcerers, are charged with rescuing inmates from a jail where a Special Grade curse is spreading rapidly. “If you come into contact with the Special Grade, run or perish,” Assistant Manager Ijichi warns the young sorcerers.

The trio ended up biting off more than they can chew at the prison and upon having no other option, Yuji determines that he alone would confront the Special Grade curse so his buddies can escape with their lives. Yuji quickly sees that he is no match for the Special Grade, yet despite his emotional breakdown, he confronts the adversary.

Also Read: Are We Going to Get a Second Season of Raccol Does Not Dream of Bunny Girl Senpai or Will It Be Canceled?

When Megumi Confesses Why He Spared Yuji, He Reveals An Ugly Truth About The Jujutsu Sorcerers Yuji, Megumi, and Nobara are tasked with rescuing inmates from a Special Grade curse on their first operation, but they arrive too late. With Yuji and Megumi arguing over who should be saved, the topic of why Megumi wants Yuji’s life spared so early in the series arises.

Because the special grade hits them and the trio is split, Megumi is not given the opportunity to respond. When he learns Yuji is going to die, he admits that if he could intervene, he couldn’t stand to watch another decent person die. This scene follows a glimpse into Megumi’s history, which adds another layer to the plot. Furthermore, his differentiation of “I’m not a hero by any stretch of the imagination. I’m a Sorcerer of Jujutsu “exposes the truth about the difficult route they are on. The spectator gets given a little peek of Gojo-ability sensei’s to think ahead of others early on. His irresponsibility and excessive humor, on the other hand, are more obvious. One of his many twisted ambitions for a better future is to use Yuji as a vessel to contain Sukuna and finally destroy them both.

When Gojo confronts Principal Gakuganji of Jujutsu High’s Kyoto campus, he warns the elderly man that power is expanding far beyond the conservatives’ control, both from their opponents and allies. The Principal is also given some growth in this scenario, displaying his own secret wicked side. With all of the primary villains finally introduced, their plan of attack begins to take shape, beginning with Mahito’s manipulation of the curse. The villains’ objective is to enlist Sukuna’s help in order to gain more power, and Mahito’s means of doing so is through Junpei, an innocent high schooler who befriends Yuji.

Mahito reaches out to Sukuna’s soul after killing Junpei and angering Yuji. Mahito’s plan appeared to be working because the two had already had a hearty chuckle at Yuji’s expense. Surprisingly, Sukuna rejects Mahito right away, indicating that he is uninterested in his cause. He even goes so far as to try to kill Mahito for accidentally touching his soul a second time. The Kyoto Goodwill Event arc takes viewers inside the world of Jujutsu Sorcerers, where they learn about the school’s layout and the other students. When it comes to the students, the major surprise is that Tokyo’s second-year Maki is the twin sister of Kyoto’s second-year Mai, and their tumultuous relationship is due to familial pressure.

There are three primary families in the community of Jujutsu Sorcerers, one of which is Maki and Mai’s. The sisters used to help each other when they were younger, but things changed when Maki left the home. Maki was constantly persecuted because she was born without any cursed energy, so she decides to leave the family and become a famous sorcerer to spite them all. During the Kyoto Goodwill Event Arc, one-on-one combat between Tokyo and Kyoto students takes place, giving Yuji, Megumi, and Nobara, the first years, a chance to prove their worth. Nobara was forced to listen to a lecture on the pressures of being a female sorcerer and how “perfect” women must be during her duel with Kyoto student Momo.

Momo’s ambitions are rejected by Nobara, who declares that she will not be driving herself insane in order to meet such lofty goals. “I love myself when I’m being strong,” Nobara says of forging her own path. This was Nobara’s first solo battle, and she triumphed on her own terms.

Yuji Learns His Most Powerful Move In His Battle Against Hanami During the Kyoto Goodwill Event arc, the heroes’ plight deteriorated further when the villains intervened and trapped the first and second years. When the curse Hanami hits Megumi and Noritoshi, their combat is halted. The combating students then band together to battle the curse, but to no avail.

Yuji and Todo come just in time to save the day as it appears that Hanami is ready to triumph. Though Yuji had demonstrated his sheer power in his fight with Mahito, the duel with Hanami is the first time he uses the move Black Flash to demonstrate his vast mastery of cursed energy. Megumi is a lonely character with a tragic history for the majority of the series. He’s the sort to keep his emotions in check and rarely begs for help, so it’s a big step for him to open up about freeing his sister from a curse that threatens his community.

Megumi obtained the aid he needed to exorcise the curses that arose that night thanks to Yuji and Nobara’s continuous involvement. Their deep friendship meant that they’d finally come together as a force to be reckoned with and that they’d stand by each other no matter how difficult the task became. Curses appeared to be mindless murderers at the start of the series, and they should be eliminated without hesitation. The need to kill them became clearer as the story continued, but there was more to them than the Jujutsu Sorcerers initially assumed.

Curses like Mahito and Hanami, who have deep thinking and reason behind their actions, are still threats to human peace; however, the addition of the curse siblings Kechizu, Eso, and Choso gave curses a new depth. In their fight against Yuji and Nobara, Kechisu and Eso exhibited humanity rarely seen in cursed people. The older curse Eso wept over Kechisu’s death, a heartbreaking sight for Yuji to witness, but was quickly destroyed.