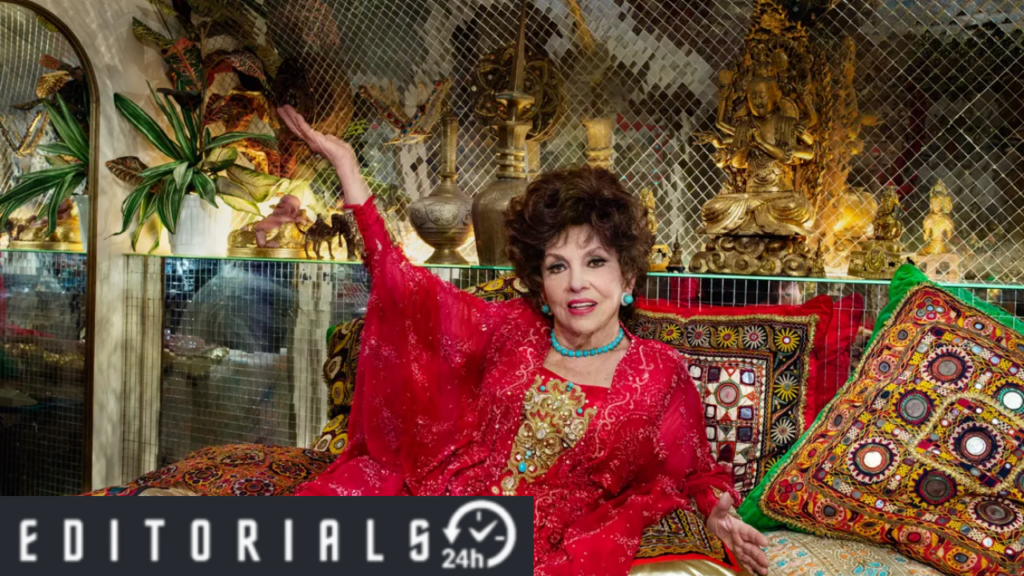 Gina Lollobrigida has a net worth of $45 million and is an Italian actress, photojournalist, and sculptor. Gina Lollobrigida rose to prominence as a worldwide sex symbol and movie star in the 1950s and 1960s.

“Times Gone By,” “Beauties of the Night,” “Beat the Devil,” “The World’s Most Beautiful Woman,” “Pleasant Nights,” and “Buona Sera, Mrs. Campbell” are just a few of her film credits. Lollobrigida began a career as a photojournalist once her film career faltered.

Gina Lollobrigida was born in Subiaco, Italy, on July 4, 1927. Her siblings are Giuliana, Maria, and Fernanda, and she is one of four sisters.

Lollobrigida modeled and competed in a number of beauty pageants as a child. At an early age, she began acting in modest roles in Italian films, including “Lucia di Lammermoor,” “This Wine of Love,” “Black Eagle,” and “When Love Calls.” 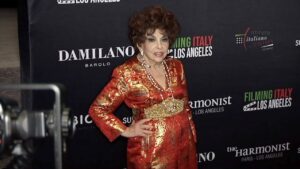 In Mario Costa’s big-screen production of the opera “Pagliacci,” Lollobrigida received one of her first prominent roles in 1947.

She starred in the Italian film “Flesh Will Surrender” and the British film “A Man About the House” in the same year. She went on to star in a number of Italian films, including “Mad About Opera,” “Alarm Bells,” “The Bride Can’t-Wait,” “The White Line,” and “Miss Italy,” among others.

Lollobrigida signed a tentative seven-year contract with Howard Hughes in 1950 to make three films per year; but, once she declined the final terms of the contract, she was unable to work in the United States until 1959 due to a protracted legal battle. Despite this, Lollobrigida had a very successful and prolific career during the 1950s.

“A Tale of Five Cities,” “The Young Caruso,” “Four Ways Out,” “Attention! Bandits!” “Times Gone By,” “Beauties of the Night,” and “The Wayward Wife” were among her early credits. In the romantic comedy “Bread, Love, and Dreams,” Lollobrigida received a BAFTA nod for one of her most celebrated performances.

In the same year, she played the wife of Humphrey Bogart’s character in John Huston’s “Beat the Devil,” which became her first widely watched English-language film.

Film Career in the 60s and Beyond 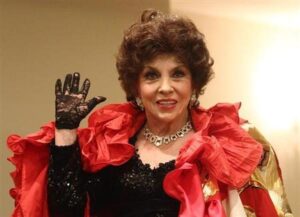 With prominent parts in “Go Naked in the World” and “Come September,” Lollobrigida ushered in the 1960s. Lollobrigida received a Golden Globe for her role in the latter film, which also starred Rock Hudson, Sandra Dee, and Bobby Darin.

In 1962, she had even more success with “Imperial Venus,” for which she received her second David di Donatello Award. Following that, Lollobrigida appeared in “Mad Sea,” “Woman of Straw,” “Me, Me, Me… and the Others,” “Strange Bedfellows,” and “Pleasant Nights,” as well as the drama “The Sultans,” the play adaptation “Hotel Paradiso,” co-starring Alec Guinness, the biographical drama “Cervantes,” the Giallo film “Death Laid an Egg,” and In 1968, Lollobrigida starred alongside Shelley Winters, Phil Silvers, and Telly Savalas in the comedy “Buona Sera, Mrs. Campbell,” which became one of her most well-known roles. She was nominated for a Golden Globe and won her third David di Donatello Award for her performance.

By the 1970s, Lollobrigida’s acting career had slowed significantly. The spaghetti Western comedy “Bad Man’s River” and the West German comedy “King, Queen, Knave,” costarring David Niven, were her only major credits during the decade. Lollobrigida only appeared in the documentary “Wandering Stars” in the 1980s, then in Agnès Varda’s “One Hundred and One Nights” and Ariel Zeitoun’s “XXL” in the 1990s. 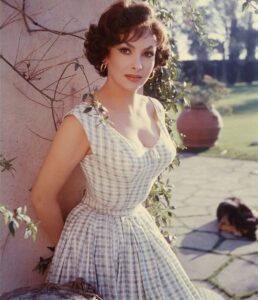 Lollobrigida featured on a few television shows while being mostly a movie star. In the Italian miniseries “The Adventures of Pinocchio,” she played the Fairy with Turquoise Hair in 1972. She went on to play Francesca Gioberti on the primetime soap opera “Falcon Crest” in 1984, for which she was nominated for a Golden Globe for Best Supporting Actress – Series, Miniseries, or Television Film. The miniseries “Deceptions” and the romantic dramedy series “The Love Boat” are among Lollobrigida’s other television credits.

Lollobrigida began a second career as a photographer after her acting career waned in the 1970s. Henry Kissinger, Paul Newman, Ella Fitzgerald, Audrey Hepburn, and Salvador Dal were among her renowned subjects. In addition, she was able to do an exclusive interview with Cuban leader Fidel Castro. 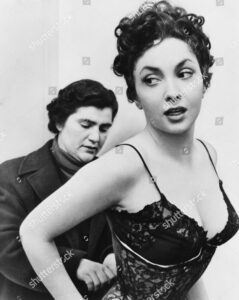 Lollobrigida married Slovenian physician Milko Kofi in 1949, and they had a son named Andrea. In 1960, the family relocated from Italy to Toronto, Canada. kofi and Lollobrigida divorced in 1971.

She then began dating Javier Rigau y Rafols, a Spanish businessman 34 years her junior. In 2006, the two were engaged, however, the engagement was called off a few months later. Lollobrigida splits her time between her Rome apartment and her Monte Carlo house.

In terms of philanthropy, Lollobrigida gave $5 million to stem-cell therapy research in 2013, using proceeds from the sale of her jewelry collection at Sotheby’s.