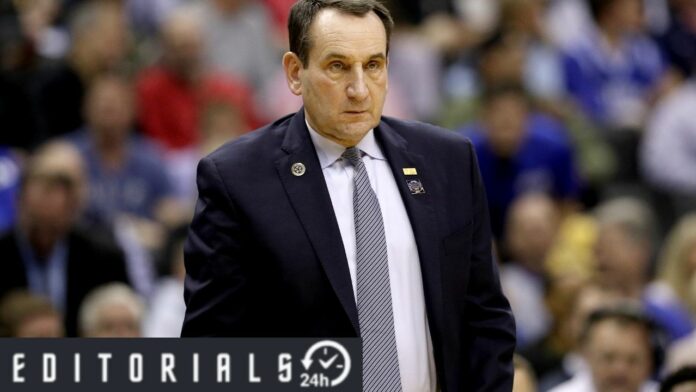 How Much Does Coach K Make? 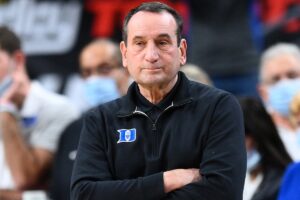 Coach K is paid a basic salary of $7 million dollars. His yearly remuneration is $7,048,206. His yearly salary might be slightly near $10 million if he receives bonuses. Only John Calipari of Kentucky, who earned $7.95 million in 2019, was a higher-paid college coach in 2019. To put things in perspective, Duke’s President earns $1.4 million a year. 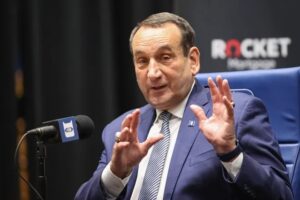 Mike Krzyzewski was born in Chicago, Illinois, on February 13th, 1947. Mike was reared as a Catholic by his parents, William and Emily Krzyzewski, who were Catholic Polish-Americans.

Krzyzewski graduated from the United States Military Academy at West Point, New York, in 1969. He was captain of the Army basketball team in his senior year, under the tutelage of legendary coach Bob Knight.

Krzyzewski served in the United States Army from 1969 to 1974, rising to the rank of captain at the time he was discharged.

During the 1974-75 season, Mike began his coaching career as an assistant on Bob Knight’s Indiana Hoosiers team. The next year, Krzyzewski was appointed as the Army Cadets’ head coach, a position he held for five seasons. 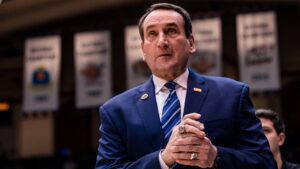 Mike Krzyzewski became the head coach at Duke University in 1980.

The Blue Devils quickly established themselves as a regular participant in the NCAA tournament, earning 35 invitations over the following 39 years including 24 times in a row from 1996 to 2019.

The Blue Devils have the second-longest string of tournament appearances in history, behind only the Kansas Jayhawks.

Mike Krzyzewski has five Olympic gold medals to his credit, including two as an assistant coach and three as the head coach.

Five times, he has guided teams to FIBA World Cup medals. Mike has been inducted into the Naismith Memorial Basketball Hall of Fame and the United States Olympic Hall of Fame, among many other honors and achievements. 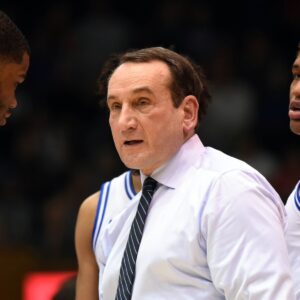 Several NBA clubs have sought Krzyzewski to coach throughout the years; the first was an offer from the legendary Boston Celtics in 1990, which he turned down.

Mike turned down the Los Angeles Lakers’ offer of a five-year head coaching contract for $40 million and partial ownership of the franchise in 2004.

He’s also turned down offers from the Minnesota Timberwolves and the New Jersey Nets, the latter of which was rumored to be worth $12 to $15 million.

At Duke University, Krzyzewski made between $7 and $9 million per year at the height of his career.

Related: Biography, Income, Cars, and Net Worth of Bruce Buffer for 2022 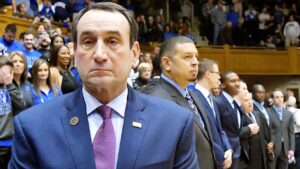 Krzyzewski married Carol “Mickie” Marsh at the Catholic church at West Point on the day of his graduation in 1969.

Jamie, Lindy, and Debbie are their three daughters, and they have nine grandkids. Michael Savarino, Mike’s grandson, was a basketball player for the Duke Blue Devils. 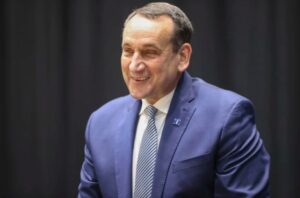 The Emily Krzyzewski Center, a non-profit organization in Durham, was formed by Krzyzewski and his family in 2006.

Mike’s mother was honored with the name of the center, which aimed to inspire kids from kindergarten through high school to dream big and fulfill their full potential as community leaders.

The Emily K Center delivers out-of-school activities to kids in order to assist them to thrive in school and get college admission, with the goal of breaking the poverty cycle in families.

Krzyzewski and his wife Mickie raise money for the Duke Children’s Hospital, the Children’s Miracle Network, and the V Foundation for Cancer Research. They are major benefactors to Duke University, contributing to a variety of initiatives and scholarships. 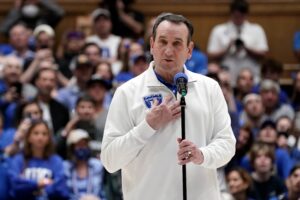 In Durham, North Carolina, Mike Krzyzewski lives in a mansion. The magnificent 7,638-square-foot home is located near Duke University’s campus on 11.5 acres. He paid $950,000 for the house in 1997. The house is now valued between $2 and $3 million.

Just how much has Coach K made during his Duke career? 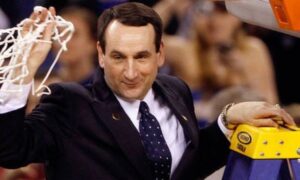 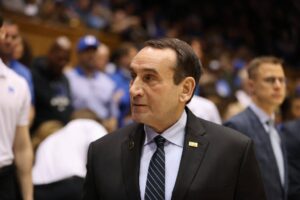 Coach K’s total earnings over his Duke tenure are estimated to be approximately $125 million. That’s definitely underestimating the endorsement agreements and incentives he’s gotten from the university and other businesses.

Many NBA clubs have requested Coach K’s services as a result of his success at the college level. The Boston Celtics attempted to entice Krzyzewski away from Duke in 1990, but he declined.

In 1994, the Portland Trail Blazers approached Krzyzewski, but he declined. The Los Angeles Lakers offered Krzyzewski a five-year, $40 million agreement with partial ownership of the franchise in 2004, but he rejected it.

He also turned down offers from the Minnesota Timberwolves and the New Jersey Nets, the latter of which came in 2010 and was valued between $12 and $15 million per year.