At the age of 62, you can begin receiving Social Security benefits. Most people, however, should avoid doing so. For many retirees, waiting until they’re 70 years old may be the best option.

Here are a few key reasons why delaying Social Security payments may be the best option.

1. To maximize your monthly income

As a retiree, having a little extra cash on hand can help you pay for things like medical care. Furthermore, delaying retirement until the age of 70 can result in a higher monthly income. Retirees can begin receiving benefits at age 62, but the amount increases annually after that.

Everyone who retires has a “primary insurance amount,” which is a standard benefit to which they are entitled at their full retirement age, or FRA, which ranges from age 65 to 67, depending on when you were born.

You can earn two-thirds of one percent per month for every month you delay filing for retirement benefits until you’re 70 to earn delayed retirement credits.

Eight percent more benefits are available to those who wait one year longer than they would have received at FRA. So, with a monthly Social Security benefit of $1,500 and an FRA of 67, an increase of $360 is possible.

Having that much money to spend later in life is a nice perk to have.

Also Read: Schedule of Social Security Benefits in 2022: Important Dates to Be Aware Of

2. To take care of a lower-earning spouse after you’re gone 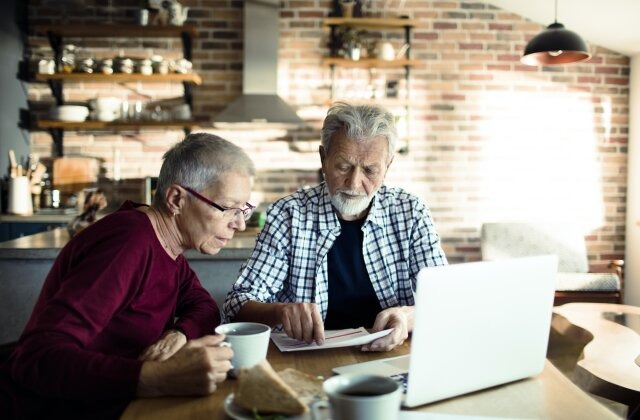 I think it’s a good goal to make sure your spouse doesn’t have to deal with a lot of financial hardship after your death. And if you were the higher earner in your marriage, delaying receiving Social Security benefits until age 70 is one way to accomplish this.

Upon the death of one spouse, the other spouse is entitled to the greater of the couple’s two pensions. Even if your benefit was higher than your spouse’s, they will continue to receive your Social Security benefits as long as you earn more.

Increasing your $1,500 monthly benefit from $1,500 to $1,860 by waiting until 70 instead of claiming it at FRA would increase your spouse’s monthly income by $360. They’d have less money each month if you’d reduced your benefit by filing an early claim.

This little bit of extra money can really make a difference. If your surviving spouse has to cope with only one Social Security check instead of the two that came before your death, this could be a lifesaver.

Also Read: After 35 years of work, will my Social Security benefits increase?

3. To up your odds of getting the most lifetime benefits

Because you contribute to Social Security throughout your working life, it’s natural to want to take advantage of every dollar you can. If you can wait until you’re at least 70 to get your first Social Security check, this increases your chances of receiving more benefits in the long run.

If you wait, you’ll have a better chance of making more money in the long run. It was the intention of Social Security’s creators to distribute lifetime benefits equitably, with those who file early receiving more small checks and those who file late receiving fewer large ones.

Even though life expectancy has increased since the program’s design, the formula for early filing penalties and late retirement credits has remained unchanged.

People are now living longer than ever before, which means that they are able to cash in on their long-term benefits much sooner than they would have otherwise.

So if you want to maximize your lifetime benefits, have more money to live on later, and ensure that your spouse is taken care of in the event of your death, you may want to wait until you are 70 to begin receiving payments.

The bonus of $16,728 that most retirees do not even know about

When it comes to saving for your retirement, most Americans are a few years (or more) behind the curve. However, there are a few little-known “Social Security secrets” that can help you increase your retirement income.

One simple trick, for instance, could net you an extra $16,728 a year! We believe you can retire with confidence and the peace of mind we’re all looking for if you learn how to maximize your Social Security benefits. To find out more about these methods, simply go to this page.